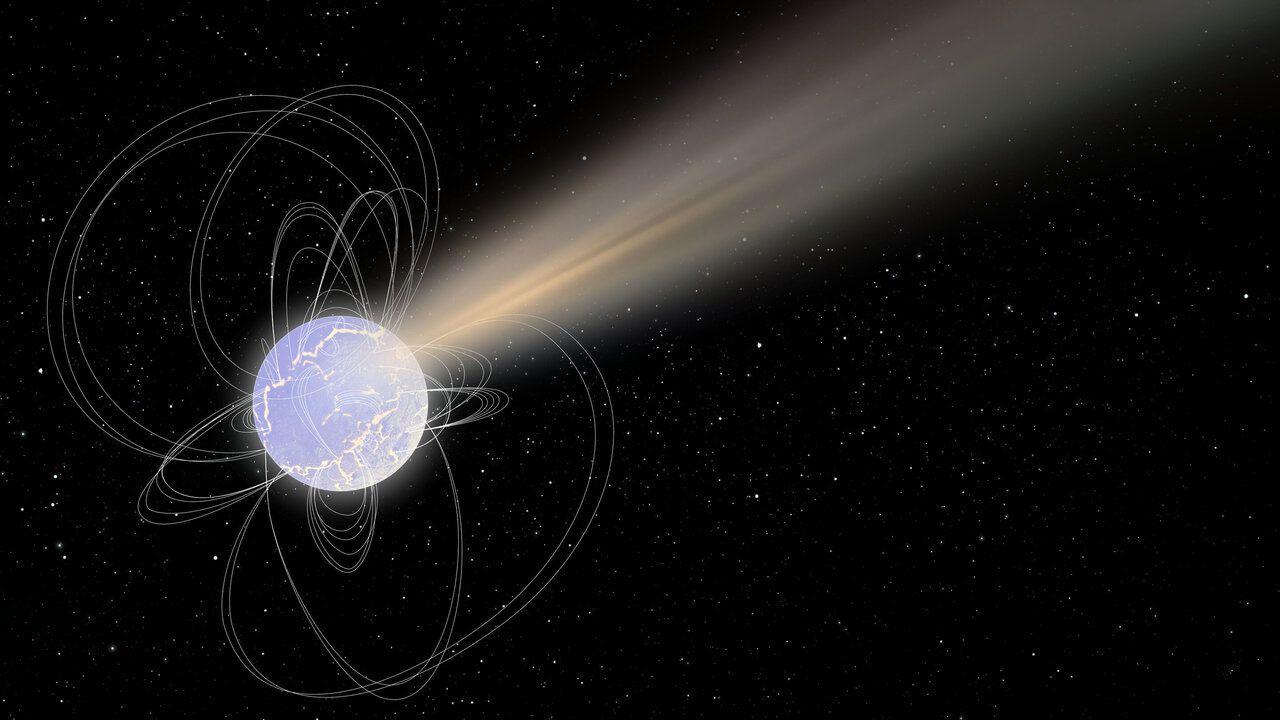 • In 2014, astronomers discovered a dormant neutron star in the Vulpecula constellation, 30,000 light-years (or 6 trillion miles) from Earth, but still within the Milky Way galaxy. On April 28, 2020, scientists trained the European Space Agency’s Integral satellite on this powerful neutron star, also called ‘a magnetar’, and found that it had become active again, shooting out radio waves and X-rays at random intervals. These are known as ‘Fast Radio Bursts’.

• The research study’s lead author, Sandro Mereghetti of the National Institute for Astrophysics in Rome, said, “We’ve never seen a burst of radio waves, resembling a Fast Radio Burst (FRB), from a magnetar before.” “It truly is a major discovery, and helps to bring the origin of these mysterious phenomena into focus.” The study has been published in The Astrophysical Journal Letters.

• Within seconds of his discovery, Merghetti enacted the “Burst Alert System”, sending out a global FRB alert to “the scientific community to act fast and explore this source in more detail.” Astronomers monitoring the CHIME radio telescope in Canada worldwide also spotted the “short and extremely bright burst of radio waves” on April 28th. Subsequent confirmation came from California and Utah the following day.

• Fast Radio Bursts are a mysterious but not an uncommon observation in deep space. First discovered in 2007, FRBs are relatively new to astronomers. Some of them can generate as much energy as 500 million suns in just a few milliseconds. It’s unknown why some FRBs repeat while others do not. Some researchers speculate that they originate from an extraterrestrial civilization.

Fast radio bursts (FRBs) are often mysterious in nature, but not an uncommon observation in deep space. However, researchers have discovered the first FRB to emanate from the Milky Way galaxy, according to a newly published study.

The research details magnetar SGR 1935+2154, which was discovered in 2014, but it wasn’t until April 2020 when scientists saw it become active again, shooting out radio waves and X-rays at random intervals.

“We’ve never seen a burst of radio waves, resembling a Fast Radio Burst, from a magnetar before,” the study’s lead author, Sandro Mereghetti of the National Institute for Astrophysics (INAF–IASF), said in a statement.

This FRB likely comes from a neutron star, approximately 30,000 light-years from Earth in the Vulpecula constellation, LiveScience reports. A light-year, which measures distance in space, is approximately 6 trillion miles.

Mereghetti and the other researchers detected the FRB using the European Space Agency’s (ESA) Integral satellite on April 28.