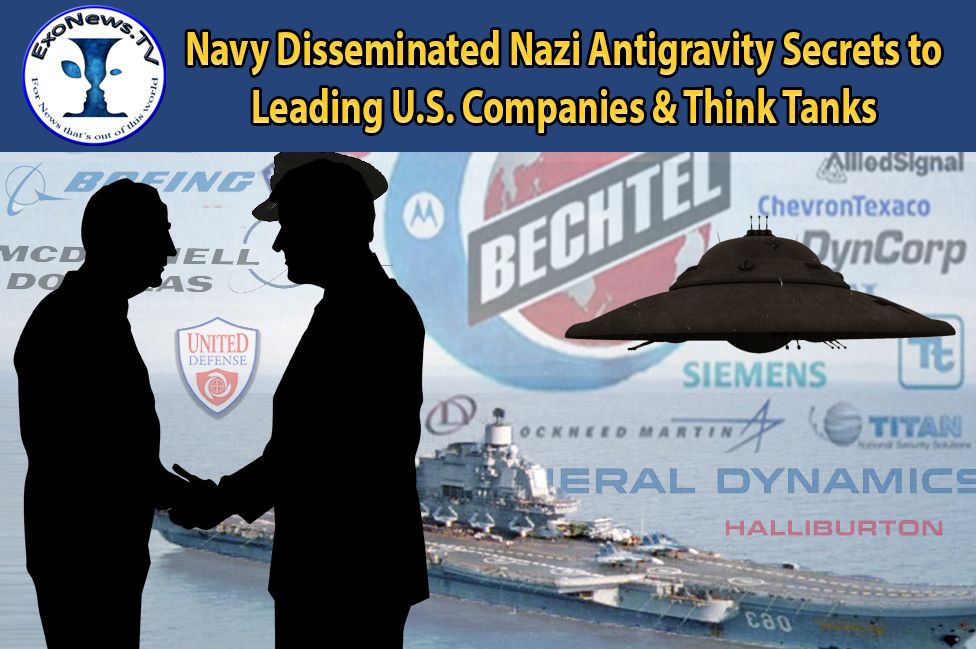 In this exclusive ExoNews TV interview series we hear directly from William Tompkins’ about his work for U.S. Naval Intelligence during the Second World War. He reveals that he was directly involved in debriefings by Navy Spies embedded in Nazi Germany’s most advanced aerospace projects – some of which involved antigravity flying saucers that were capable of space flight.

Tompkins job was to design intelligence briefing packets based on the Navy spies debriefings, and to then deliver these packages to leading U.S. aerospace corporations, think tanks and universities for study and evaluation.

Tompkins describes how from 1942 to 1945, he participated in over a thousand debriefings of U.S. Navy spies, who had been embedded in leading Nazi Germany aerospace corporations involved in building flying saucers. Disseminating this vital intelligence information to various U.S. aerospace corporations and universities was Tompkins primary responsibility.

Tompkins said that he served under Admiral Rick Obatta who was in charge of intelligence operations out of the Naval Air Station at San Diego, and three Navy captains who were specialists in different areas of Naval aircraft design, engineering, and procurement. In the interview, he describes some of the circumstances of the debriefings that he participated in.

The following interview extract features Tompkins answering questions from Dr. Robert Wood and I on the information he gained from the Navy operatives, the different corporations and thinks tanks he travelled to, and some of the aerospace technologies that were being secretly developed by the Nazis during the War.

Tompkins begins the interview by describing the small office where the debriefings of the Navy spies took place at Naval Air Station, San Diego.

Permission to Circulate in Full

William Tompkin’s autobiography. Selected by Extraterrestrials is available at Amazon.com