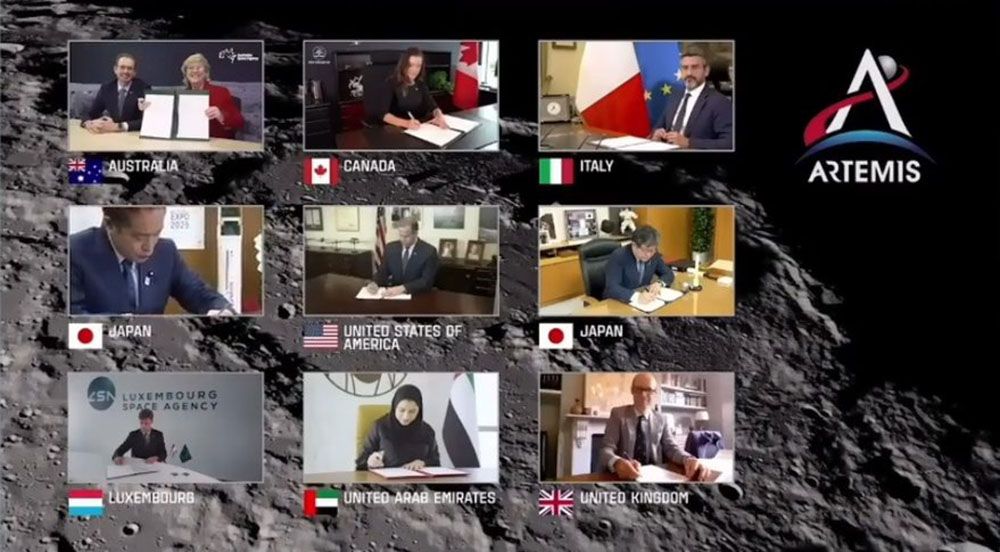 Below is my video blog on the Artemis Accords signed on October 13 between the United State and seven allied nations with national space programs: Australia, Canada, Italy, Japan, Luxembourg, United Arab Emirates and United Kingdom. While the language is designed to fit into the provisions of the Outer Space Treaty ratified by UN member nations in 1967, these are bilateral accords with the US, and the UN is merely a place where the accords are placed for international recognition.
The Artemis Accords contain mutual defense provisions if any nations experience harmful interference in their explorations of the Moon, Mars, asteroids and minor planets. This is first step towards a Space NATO, and eventually a future Star Fleet.
The choice of Artemis as the name for the accords is also very significant symbolically given what has been happening in space in terms of space weapons, false flag events, galactic slave trade, etc., by major nations such as China and rogue secret space programs. Artemis was the Goddess of the forest, hunt, Moon, and righteous behavior. The hidden intent of the Artemis Accords is to clean up these rogue space programs, ensure ethical behavior in space, and to rein in Communist China, which plans to become the undisputed hegemon on Earth and in  Space.