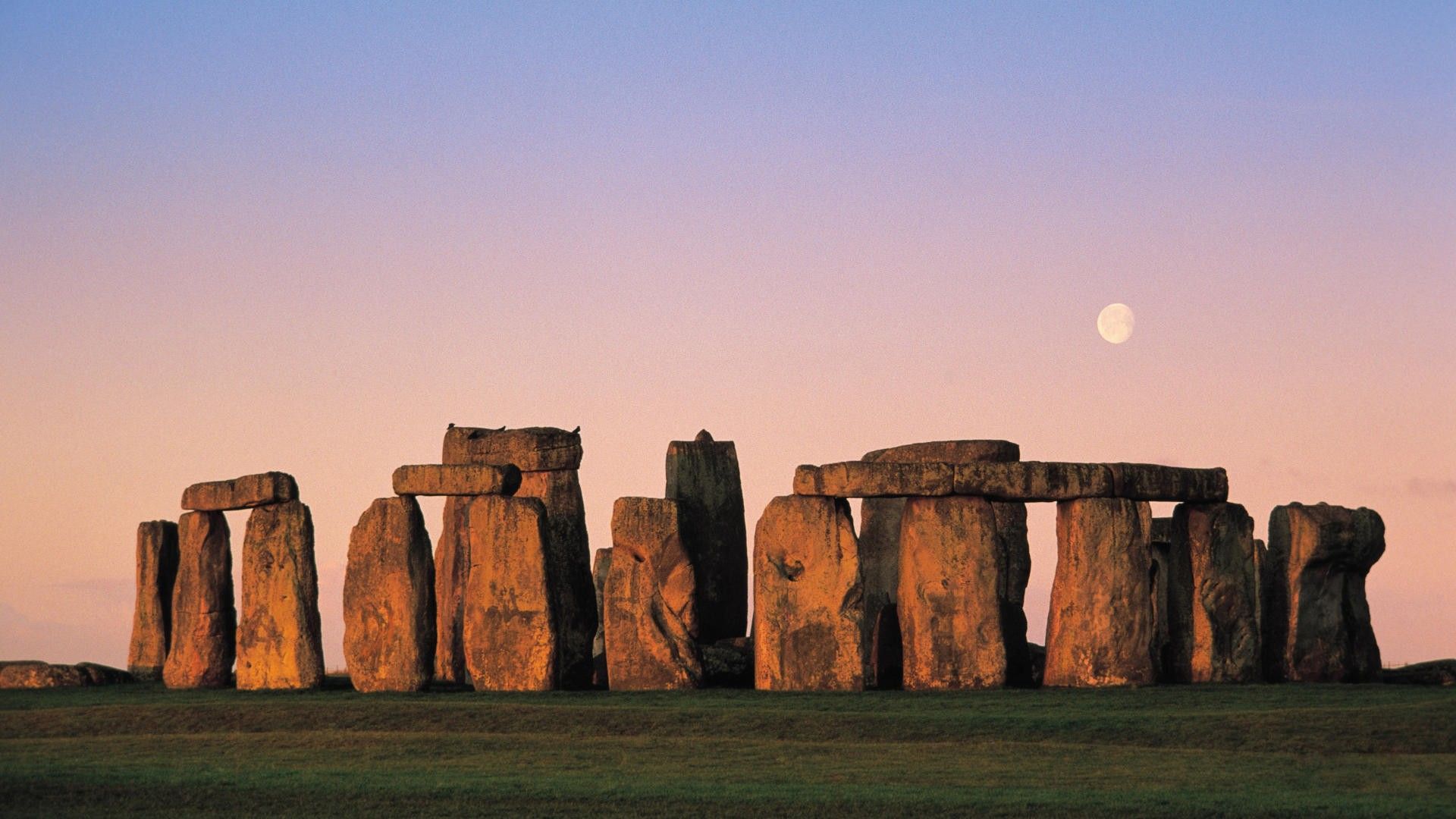 • In their book Megalith: Studies in Stone, a group of (9) researchers claim that Stonehenge, the ancient site in Wiltshire, England, contains geometric principles that we know as the Pythagorean Theorem, which allowed the builders to make perfectly aligned triangles. But Stonehenge predates Pythagoras by more than two thousand years. (see 3:27 minute video below on the astronomical geometry of Stonehenge)

• The Pythagorean Theorem states that the square of the hypotenuse (the side opposite the right angle) is equal to the sum of the squares of the other two sides.

• Many historians believe that Stonehenge might have been built by an advanced human civilization which lived in the past that went extinct in the course of time.

• Conspiracy theorists say that people in the ancient days were in touch with extraterrestrials and built these gigantic structures with the help of ”Starmen” whom they often misinterpreted as Gods. Cave paintings of alien-like figures and flying saucers in corners of the Earth substantiate the belief that aliens have visited in the past.

• [Editor’s Note] Or it could be a cross between the two, where an advanced extraterrestrial civilization landed on Earth, assisted the indigenous humans, and eventually became the core of the secretive Illuminati cabal that controls the planet today?

A group of researchers has claimed that Stonehenge, an ancient site in Wiltshire, England, two miles west of Amesbury, might have been built using Pythagorean Theorem. In the book ‘Megalith: Studies in Stone’, the authors claim that the geometric principles of legendary mathematician Pythagoras can be seen in the pre-historic site.

Interestingly, the ancient Stonehenge dates back to 2750 BC, long before the time of Pythagoras. It was after two millennia that Pythagoras was born to put forward his theory which states that the square of the hypotenuse (the side opposite the right angle) is equal to the sum of the squares of the other two sides.

As researchers have found perfectly aligned triangles in Stonehenge, experts believe that ancient humans were aware of the Pythagorean equation years before the legendary mathematician put forward this theory. Many historians even believe that this Stonehenge might have been built by an advanced human civilization which lived in the past who went extinct in the course of time.
The Suspected Alien Angle

In the meantime, conspiracy theorists allege that ancient structures including Stonehenge and the Great Pyramid of Giza were actually built by aliens who visited earth. As per these theorists, people in the ancient days were in touch with extraterrestrials, and they built these gigantic structures with the help of ”Starmen” whom they often misinterpreted as Gods.

Several cave paintings discovered from various corners of the earth too substantiate the belief that aliens had visited earth in the past. A few years ago, Indian archeologists discovered some bizarre cave paintings in rocks at Charama, Chattisgargh, and these paintings depicted alien-like figures wearing suits very similar to modern-day space suits. These drawings also portrayed flying saucers with three legs and one antenna.

A few days ago, Giorgio Tsoukalos, a television anchor known for presenting the TV show ‘Ancient Aliens’ in History Channel revealed that the ancient humans might have misrepresented alien visitors as deities. As per Giorgio, the advanced technology used by these aliens was interpreted as magic by ancient humans.