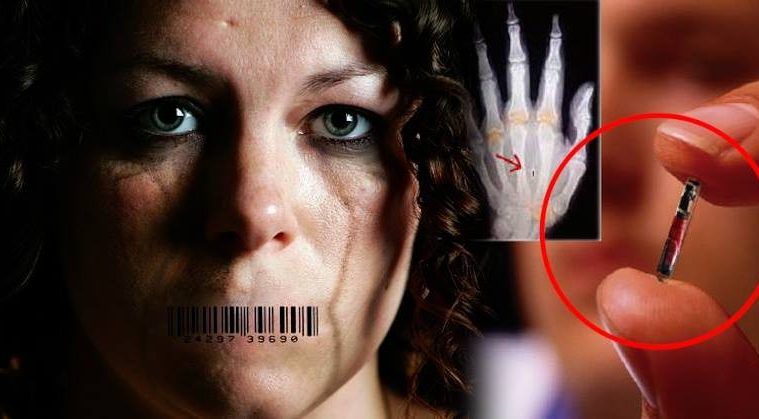 • In October 2016, a 28-year-old woman walked into a hospital claiming that she had a tracker inside of her body. The doctor’s were dubious until their x-ray showed a small metallic object only a little bit larger than a grain of rice embedded in the right side of her torso. It was an RFID (radio frequency identification) chip, the kind one would use to tag an animal or pet. The woman said that her boyfriend had implanted it to force her to comply with prostituting herself for sex and giving him the money.

• As many as 88% of sex trafficking victims end up in ERs while they’re still being held captive. There are almost 6,000 hospitals in the United States, yet only 60 of them have specific protocols in place if they suspect one of their patients is a trafficking victim. 95% of ER personnel are not adequately trained in treating trafficking victims and to help them to escape.

• The International Labor Organization estimates that there are 20.9 million human trafficking victims worldwide and 4.5 million people trapped in forced sex trafficking around the globe.

• The United States accounts for half of the child pornography websites in the world. Each year, countless Americans will also engage in sex tourism, traveling to countries with less strict or no laws surrounding prostitution and child sex slavery.

• Ted Gunderson, former FBI special agent and head of their L.A. office, worked to uncover years’ worth of information on high-level pedophilia, sexual abuse, and satanic rituals performed by the elite.

• Former U.S. representative Cynthia McKinney knew about the government’s relationship to human trafficking, and she actually addressed it in 2005. She grilled Donald Rumsfeld on DynCorp’s child trafficking business of selling women and children.

• In 2009, multi-millionaire Jeffrey E. Epstein pleaded guilty to charges of soliciting prostitution from girls as young as fourteen. According to former U.S. State Department official Steve Pieczenik, Epstein would fly his friends down to the Bahamas on his private plane called the ‘Lolita Express’, to engage in sex with young girls. Friends of Epstein included England’s Prince Andrew, and Bill and Hillary Clinton.

• [Editor’s Note] Pedophilia is a common thread among the deep state government elite. Disguised as an FBI investigation into possible links between Russia and the Trump Presidential campaign, FBI Director Robert Mueller may actually be investigating the vast pedophile network that has monopolized power in the United States government, with sealed indictments numbering over 1100 now.  Click to see Dr Michael Salla’s article of November 27, 2017.

The International Labor Organization estimates that there are 20.9 million human trafficking victims worldwide and 4.5 million people trapped in forced sex trafficking around the globe. At least 100,000 children are prostituted annually in the U.S., adding to the $9.8 billion U.S. sex trafficking industry. This is an extremely lucrative business, as pimps typically make between $150K and $200K per child annually and exploit 4-6 girls, on average.

Human trafficking remains a major problem worldwide, and it’s not just pimps and escaped convicts involved. It’s politicians, the elite, wealthy businessmen, your neighbours, and oftentimes the people that you’d least expect. There was an astonishing 35.7% increase in the amount of human trafficking victims in the U.S. between 2015 and 2016, and that’s just the known number of victims. This begs the question: Are we getting better at finding them, or are an increasing number of people being forced to sell their bodies? Sadly, statistics suggest the latter.

Technology has played an integral role in finding these victims in recent years; however, technology can also enable human trafficking through the dark net and even through the use of Radio Frequency Identification (RFID) chips. One doctor recently came forward, whose identity will be kept anonymous, to share his story in surgically removing an RFID chip in a female sex trafficking victim. How can the healthcare system help these victims and what can we do to put an end to human trafficking?

In October 2016, a 28-year-old woman walked into a hospital claiming that she had a tracker inside of her body. Although the doctor said the woman looked respectable, the nurses and doctors on site were still skeptical of her story, until they gave her an X-ray.

“Embedded in the right side of her flank is a small metallic object only a little bit larger than a grain of rice. But it’s there. It’s unequivocally there. She has a tracker in her. And no one was speaking for like five seconds — and in a busy ER that’s saying something,” the doctor explained.

As it turned out, that small metal object was an RFID chip. “It’s used to tag cats and dogs. And someone had tagged her like an animal, like she was somebody’s pet that they owned,” he continued.

It’s important to note that RFID chips aren’t like every other tracking device or GPS system. The type of chip that was inside this woman could only have been used to track her if the person tracking her was nearby. This means that she was likely kept in a confined area with her captor, as if she truly were a pet who needed to be kept close to her owner.

In truth, she was forced into the world of sex trafficking by her boyfriend, who was acting as her pimp. He chipped her to ensure her compliance, forcing her to sell her body for sex and then give him the money. This isn’t an unusual practice, either, as many industries, from prostitution to manufacturing to domestic service, will chip their “employees.”

Already in use, RFID chips stand to become common technology. An American company called Applied Digital Solutions developed one the size of a grain of rice and it’s already been approved by the U.S. Food and Drug Administration for distribution and implementation.

The potential issues regarding microchipping the human race are endless. Would we have any privacy? It’s easy to imagine how the elite and the government could use microchips to further control the general population. Is it even safe to put inside of our bodies or would we experience another drastic increase in cancer rates? Plus, if this becomes common practice in the world of human trafficking, would this help us find victims or would it only help those controlling them?

How Healthcare Providers and Others Can Help Trafficking Victims

Human trafficking has been a serious issue for decades, from underground elite pedophile rings to slavery to sex trafficking. The level of corruption may seem overwhelming, but there’s always something we can do to help! One industry in particular that can help free sex trafficking victims is the healthcare system.

As many as 88% of sex trafficking victims end up in ERs while they’re still being held captive. This means that hospital staff have the opportunity to interact with these victims and thus help them escape. The difficulty is identifying sex traffickers and then understanding how to get them the help they need.

A quarter of healthcare providers believe that their patients have been involved with human trafficking, yet very few are actually educated on how to correctly handle this situation. There are almost 6,000 hospitals in the United States, yet only 60 of them have specific protocols in place if they suspect one of their patients is a trafficking victim. As a result, an alarming 95% of ER personnel are not adequately trained in treating trafficking victims.

Unfortunately, it all comes down to lack of funding, as many hospitals simply cannot afford to run education programs for their staff or offer additional services to trafficking victims. Fortunately, that’s not the case in every instance. A number of hospitals and doctors in Hawaii, New York, Texas, and Massachusetts have recently opened up free clinics for trafficking victims.

And it’s not just healthcare providers that are stepping up; for example, Ashton Kutcher recently designed a software that is currently being used by 4,000 officers in the U.S., which allows law enforcers to reduce investigation time by 60%. Another tool that his company developed, Solace, is anticipated to be able to cut down investigation time from three years to only three weeks.

Kutcher actually highlighted another industry that has the power to make a huge difference to the lives of sex trafficking victims during his speech to U.S. Congress — the foster care system. In 2016, the National Center for Missing & Exploited Children estimated that one in six endangered runaways reported to them were likely sex trafficking victims.

Another trafficking pipeline he mentions is the lack of mental health support offered to both the victims and their perpetrators. We cannot just hand people prescriptions and assume that this will put an end to their nightmares. Anyone who is subject to this kind of abuse, or is the abuser themselves, will likely require long-term counselling and therapy.

This isn’t just an issue of search and rescue, either. Human trafficking can only be stopped if we work toward fixing the entire system. This means understanding why this happens in the first place so we can prevent it from occurring as well as providing better support to victims and perpetrators after the fact.

Perhaps if the government allocated more resources toward finding these victims and preventing these underground rings from existing in the first place, human trafficking wouldn’t be such a large-scale issue. However, the sad reality is, the U.S. government and the forces that control it are a huge part of the problem.

According to the Association of Sites Advocating Child Protection, the U.S. has the largest share — a whopping 50% — of commercialized child pornography websites in the world. Countless Americans each year will also engage in sex tourism, which is when someone travels to countries with less strict or no laws surrounding prostitution and child sex slavery, yet they’re very rarely caught doing so.

There has also been a lot of speculation lately on child sex rings being used by the U.S. government. You may be familiar with the PizzaGate scandal, which allegedly unearthed a very high-level elitist global pedophile ring the U.S. government was involved in.

It emerged when Wikileaks released tens of thousands of emails from the former White House Chief of Staff under Bill Clinton, Jon Podesta, who also served as Hillary Clinton’s campaign manager. It’s because of these emails that many claimed Jon Podesta was a part of these child trafficking rings as well.