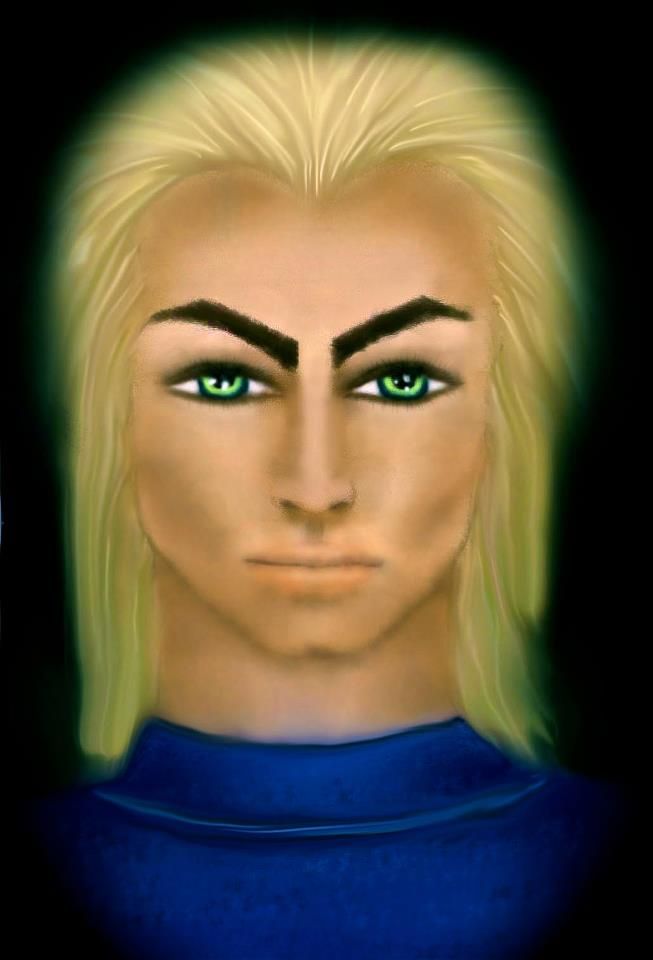 Humans are magnificent beings; Beings unequivocally created with a most meticulous biological structure beyond what is currently comprehended by the majority of most. Many move through life,  perceiving the human being as a random, corporeal form composed merely of flesh and blood that is simply thrown together like a Saturday afternoon BBQ . It’s easier to think of it as such, yet the truth of it all is rather the opposite actually. The molecular composition of the original human blueprint is innately gentle and highly intelligent  in nature.

Over the course of the peculiar events unraveling throughout my life, I have come to the realization that the human being is conceived on a deeply subconscious level, created with exceptional clarity,  graceful discrimination,  and sequestered in an ineffable beauty- the kind that could surely,  only  be Divine in Origin.

Myself and many other Earth humans are slowly remembering an eternal self awareness, which thus, has subsequently aided the expansion of our limited peripheral being, into a more evolved conscious being; completely modifying our perception of physical reality as we currently know it.There have been significant events throughout my life  which have irrevocably shaped the path in which I now tread, and I would like to share some of them.

The first significant event to occur regarding a potential extraterrestrial presence in my life was when I was 14 years old. I was babysitting some children one night and they were tucked away in bed. I was sitting on the couch, and suddenly, I felt very sleepy and quickly fell into a slumber. Approximately an hour later I woke up without observing anything abnormal. After the children’s parents had arrived, I went home and took off my clothes.  As I pulled my jeans and socks off, I noticed an enormous skin blister – the size of a golf ball -protruding out of my  right leg, with a mushy interior of blackish purple. The sight of it made my stomach turn and I had no idea what on Earth it was. Not suspecting anything remotely to do with an ET presence, I didn’t even think to check the rest of my body for symptoms.

Naturally as a kid, I immediately popped the blister and the next morning, showed my mother who then took me to the hospital. The doctor was baffled and concluded it to either be a snake or spider bite, without the typical ‘bite’ symptoms. My mother on the other hand, was angry because I was a slightly rebellious teen, and she thought it may have been a cigarette burn that melted through my jeans, embedding into my skin. I laugh when I think of this, because even though her assumptions were totally erroneous, she too knew better, for the size and depth of this skin anomaly was clearly bigger than what a cigarette would be capable of! Over the weeks, this ‘bite’ would not form any type of dermal scab and it took months for it to heal. I still in fact, have the scar to this day.

Nothing was weird about this incident until a couple of years later, after my first UFO sighting. I was attending a boarding school when one evening, I was walking into the school car park and noticed an  object high in the Western sky, flying at a tremendous speed, which then proceeded to emanate a tail of little sparks and then immediately  vanished from the sky. I ran inside telling all of my other pupils who were boarders at the school what I had witnessed, but naturally most of them scorned and laughed!

It was at this moment when I started to have repetitive dreams of lying on a table, with two Gray aliens beside my right leg, proceeding to insert a small object up into my foot and through to the right calf area, of where the blister had been located. I had always maintained a natural curiosity for anything related to the paranormal, but the thought of something actually happening to me personally was unnerving to say the least. I started a diary when I was 14 years old, and so I simply documented these events, and went on with my life.

I can reflect now and say even from this young age, my life was being ‘groomed’ by outside sources without my own conscious knowledge of it. In fact, I was soon to find out that these ‘contacts’ had began at a much younger age.

Extraterrestrials are masters at concealing memory of any event occurring throughout one’s life; having the capability of embedding the memory deep within the subconscious of a human being. They use what is called a screen memory – repressing an uncomfortable or traumatic memory with a typical or usual memory of a specific event. Thus, gone is the recollection of any form of traumatic/abnormal occurrence in one’s conscious life involving Extraterrestrials.

A way in which this screen memory method is flawed is if the brain has experienced any type of trauma, be it physical or mental, which thus then allows the neurochemical gateways  of the brain to  open, subsequently allowing all types of information to reveal itself into the conscious memory of a human.

I had suffered a traumatic experience in which it was a very crippling for me to deal with.  Accelerated spiritual development occurs when one experiences trauma or pain in some way, and I can safely say that after this challenging experience, any paranormal events embedded deep within my subconscious memory had accelerated to the surface of my conscious memory.

I was shown many memories of extraterrestrial events that happened as a child progressing through to adulthood. These involve extraterrestrial life, abduction, travelling to other planets and off world locations, hybridization and sexual encounters with other beings. The experiences are too many to share here, but I have them documented. Additionally, my psychic ability became more uncanny than ever, and I had incredible premonitions of people’s lives and catastrophic world events in intricate detail.

I also became aware of a presence around me; a type of ‘high strangeness’- that is with me to this day. I initially thought it was residual energy from the house I lived in, but then realized it was with me wherever I travelled around the world.

I have caught this phenomenon  on countless photographs and video footage, and thus, I have come to the conclusion that this is a  form of  deliberately controlled, highly intelligent energy.

This energy is usually in the form of orbs and even though there is a varied amount of differentiating energies at any one time, there seems to be a regular energy that has never left my side, and subsequently, I can typically disseminate the different nature of each energy around me respectively. They have now become apart of my everyday life.

I have uploaded this phenomenon on Youtube for people to become aware, and absorb this very tangible occurrence, and to be informed that this is not only happening to me, but to  many others around the world.

I have also had varied repetitive dream scenarios, two of which I will share.

One  as a child waking up, lying in wet grass outside in my grandmothers backyard with a disc  shaped spacecraft hovering on my left side, emanating a deep violet hue. I always get up in the dream, and delicately walk back with wet feet into my grandmother’s house, daring not to look once back at the ship or the purple hue. I was absolutely terrified in this dream scenario.  Sometimes when I was staying at my grandmother’s house there would be dirt from the garden inside the sheets of my bed, but being a kid, I never really thought too much of it, for it could of just been going to bed with dirty feet!

I have also had others occurrences of continuously being off world on another planet-similar to the high desert area of Nevada, but these eastern mountains were at least three times higher and violently sharper on the ridges. The terrain was very scarce and dry, like a desert clay plateau.  I was with several Earth humans waiting on a black tarmac for 'something' and then suddenly, I  witnessed seven flat,  V-shaped space craft sequentially landing silently next to the group of us on the tarmac.  Small gray beings exited  the crafts and the energy they exuded was one of serious authority. They proceeded to shuffle out from the tarmac and went inside to a semi underground 'station', mingling with other humans and hybrids species. The ambience of this event felt incredibly  normal, as if it was done  on a regular basis, however I still harbored reservations as I quietly absorbed it all.

Recently, when I was in a hotel room in Bangkok, I was visited by a male off world humanoid type being. He had informed me that my origins were that of the star Polaris. The Polaris star is known as the Northern Star and is approximately 434 light years from Earth within our local galaxy. As many of you are aware in this day and age, there are many, many beautiful off world civilizations deriving from all points of our ever elusive Universe.  Yet the Polaris race was and is one that  I do not have substantiated information on. What I have come to know though however, is that the Polaris race will be one of the first Extraterrestrial races to make official open contact with the humans of Planet Earth.

My most recent experience occurred a couple of months ago. I had contact with a male Nordic being [see drawing above] from the star Aldebaran, located in the Taurus constellation. Incredibly handsome and distinguished, he had mentioned to me that he/they had been coming to me since I was a child. I asked him how many times had I been abducted throughout my life, in which he replied, "This is the 38th time". He was incredibly striking and intellectual, and seemed very familiar to me. He was very tall in height, perhaps six and a half feet tall I would like to say, and built with an amazingly strong physique, which was fitted with a navy blue, one piece jumpsuit. I was taken inside his scout craft,  which seemingly appeared very small on the outside, but was enormous as we entered inside. There was another woman from Earth inside the craft sitting on one of three overly-large, burgundy cushioned chairs, which appeared to be a type of  ‘briefing room’. I was given these thick books filled with very strange symbology that I was to recognize and look at. I knew I was about to go somewhere but had no idea where, and this is all I remember about this experience. Below is a digital picture I created of the closest possible resemblance of the Nordic being, and below that is inside his ship.

The idea of our small, confused and fragile human race as the only intelligent race in the ever illustrious, pulsating Universe is a preposterous idea to me.  And yet still, there are humans, particularly in my part of the world, who do not even warrant an invitation to touch on the subject.  It is a closed topic of discussion.

Yet in spite of this, I conclude with the assurance that every moment inevitably has it’s time, and ultimately, I heed to the acceptance that this stagnant,  limited intellect- artificially embedded within the human psyche- is on its last leg. Nothing within existence is static. Existence is always continually in a state of flux, so thus, it is only natural for all within existence, including us, to evolve.

I extend gratitude, peace and love to each of you.