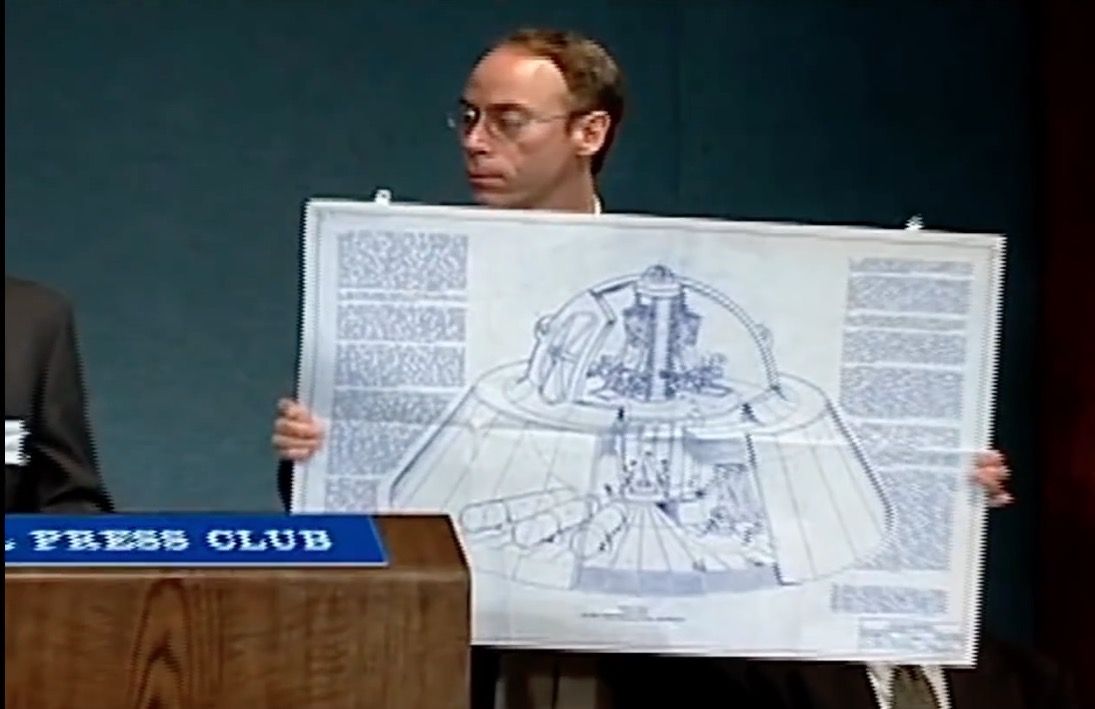 • Recently, we discovered that the government has recently been researching UFOs as real phenomena reported by military pilots whose sightings and reports cannot be ignored. With this news, we find that UFOs are not a figment of the imaginations of the insane. UFOs are real and the reason they have come to Earth will soon be revealed (says Dave Peyton).

• For the past 70 years, the government has studied UFOs under different programs. But as soon as the public discovers them, they are shut down. All the government apparently does is to change the programs’ names to make it seem they were terminated, when they weren’t.

• The government has been hiding the true nature of UFOs fearing the public can’t handle the truth because it would bring panic and the dissolution of the current culture that could lead to revolution. But it is getting more difficult for the government to lie to us about UFOs.

• Peyton recommends the Netflix documentary “Unacknowledged”, presenting the point of view of ufologist Steven Greer who presents interviews from scientists, government officials, and astronauts as proof of the existence of extraterrestrials and UFOs.

• Greer believes it will take a revolution to pry the truth out of the top secret UFO project leaders who are hiding the truth because of, primarily, greed. Greer relates how Nikola Tesla was on the verge of learning how to draw unlimited electricity from the atmosphere and send it through the air without wires many miles away, which he claimed to have learned from extraterrestrials, but he died before he could finish the project. As soon as he died, the government raided his house and removed all of his papers. They were never seen again. Dwight Eisenhower warned us of the military-industrial complex. That complex relies on oil and natural gas too much to allow free power from the air around us coupled with an extraterrestrial force that might demand peace on earth, according to Greer.

• [Editor’s Note] An interesting point of fact is that President Trump’s uncle John G. Trump, an MIT professor during the 1940’s, was part of the FBI group that ransacked Tesla’s apartment when Tesla died in 1943. Also, Greer’s galactic view assumes that all ETs are benevolent, which is not the case.

Unaccustomed as I am to gloating, I am breaking that longstanding tradition with this column. I am going to gloat.

Perhaps 10 years ago, I wrote a few columns expressing my belief that UFOs are not a figment of the imaginations of the insane. I wrote a few more like that recently.

I have felt for years that UFOs, which are creations of aliens, are real and the reason they have come to earth are for peaceful purposes that will soon be revealed.

Last week, we discovered that the government is admitting that it has been researching UFOs recently, not as creations of human eccentrics but as real phenomena reported by military pilots whose sightings and reports cannot be ignored.

The government agency that researched the sightings said a few million dollars were spent on the program but was concluded several years ago.

The New York Times says that government sources report the program continues and that credible sightings are still studied.

For the past 70 years, the government has studied UFOs under different programs. But as soon as the public discovered them, they were hastily shut down. But all the government did apparently was change the programs’ names to make it seem they were terminated. It’s clear they weren’t.

Why have they hid the results of these searches into the true nature of UFOs? It has been said they fear telling us, the “unwashed little people” what they know, fearing we can’t handle the truth because it would bring panic and the dissolution of the current culture that could lead to revolution.

Well, maybe and maybe not.

About the same time the report of government UFO research was revealed, an important two-hour documentary was posted on Netflix.

It’s called “Unacknowledged” and if you have Netflix, you ought to watch it a few times.
Noted UFO expert Steven Greer offers powerful information that tends to prove the existence of extraterrestrials and the UFOs they pilot within earth’s atmosphere on a regular basis.

No proof they exist? Balderdash. Greer presents interview after interview from reputable scientists, top government officials, astronauts and more, all of whom believe and some of whom have seen UFOs, including two presidents – Jimmy Carter and Ronald Reagan.

It’s getting more difficult for the government to lie to us about UFOs. In fact, some believe that government and scientists are on the verge of laying the truth out there for all to see. Why? Because we can no longer be lied to. The truth is obvious.