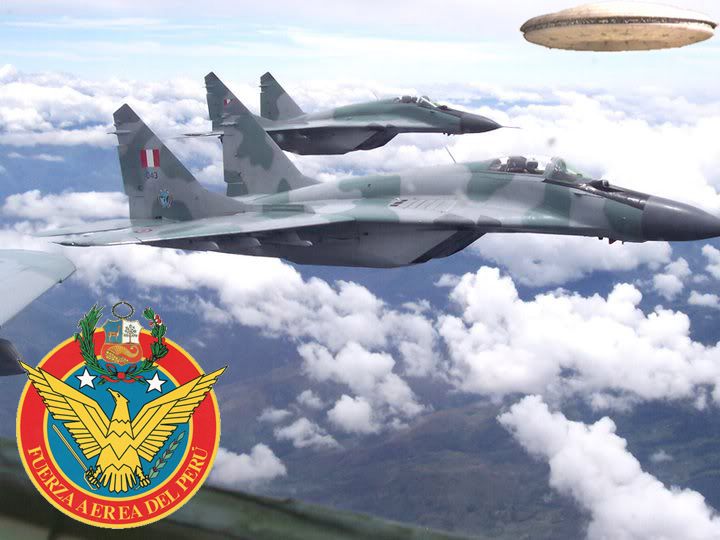 The launch of the DIFAA (Departamento de Investigaciones de Fenómenos Aéreos Anómalos/Anomalous Aerial Phenomena Research Department) of the Peruvian Air Force was cordial and successful.  It took place within the gorgeous Tudor Style house built in the 1920’s in Miraflores, Lima, Perú and which is the current seat of the DINAE (División de Intereses Aero Espaciales/Aero Space Interests Division) of the Peruvian Air Force.

Even while taking place on a Friday morning, the event was approximately attended by 60-70 individuals, among whom was a small group of academics, people involved in political and cultural life, Peruvian Air Force personnel, a representative of the National Police, a varied contingent of local and international media and even some alleged UFO and contact experiencers (one of which had been associated to the Air Force and briefly stood up speaking up in favor of the new Department). The ceremony proceeded formally, smoothly, mostly on time and with the attendance of Peruvian Air Force Operations Commander, Lieutenant General Carlos Bohorquez Castellanos and the director of DINAE Col. Julio Vucetich Abanto representing the Air Force.

Archeologist Manuel Aguirre Morales gave a remarkable presentation on what is scientifically known about the Nazca Lines, their historical timeline, the probably shamanic aspect, their astronomical alignments and the associated Nazca cultural artifacts, debunking undue claims made in popular accounts. While agreeing with him on these explanations (and agreeing with him that these figures were NOT physically made by extraterrestrials), I gave a presentation on evidence for an extraterrestrial presence among a small percentage of anomalous aerial phenomena suggesting that such a presence might have inspired or influenced ancient cultures such as the Nazca whose geometric figures and geoglyphs are better seen from the sky.

I also mentioned that a widespread verification of the extraterrestrial presence – for which there’s serious evidence accumulating – would encourage a reassessment of our cultural premises.  In this context, and after mentioning some UFO sightings in the Nazca and nearby and associated areas (such as Palpa, Ica and Paracas), I briefly mentioned the academic approach to “Exopolitics,” calling it an emerging discipline, mostly based on the social sciences and providing assessments based on objectively comparing multiple sources of evidence. Besides, I also spoke about highly unique, alleged ET implants recovered and analyzed through the efforts of Dr. Roger Leir, mentioned the 1999 COMETA Report from France, the declarations of former Canadian Minister of Defence Paul Hellyer, and the need to demystify and de-stigmatize UFO reporting.

Both General Bohorquez and Colonel Vucetich spoke about the practical need for keeping track, researching, cataloguing and understanding the wide range of events  that constitute “anomalous aerial phenomena,” some of which (like meteorites reaching the ground, falling satellites, or even spy airplanes and probes) might pose more prosaic threats to civilian population or to national sovereignty. From what I’ve seen there’s a genuine interest to objectively understand all aspects of these phenomena, yes, including the possibility that some might refer to the extraterrestrial presence. I evaluated that neither these gentlemen nor most people in the audience discarded the possibility that a small percentage of observations and events might even refer to extraterrestrial vehicles. I think that the latter idea – while still generating some uneasiness – is gaining recognition as a perfectly rational option in some cases.

Almost immediately after the official launch of the DIFAA some credible witnesses of anomalous aerial phenomena (even bringing along some interesting supporting evidence) have come up to provide their report. All were thankful that there was an office willing to take their reports in and after evaluating them be willing to look into chosen cases more deeply. 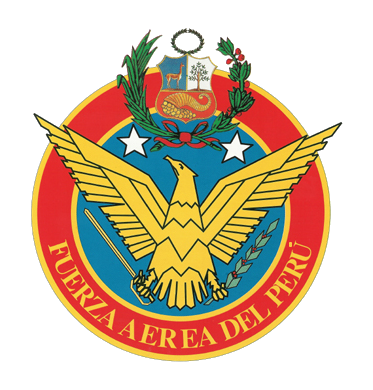 On Friday, October 18th, 2013 the Peruvian Air Force will launch a Department focused on researching the presence of anomalous aerial phenomena. It will be called “DIFAA” which stands for  the (Departamento de Investigación de Fenómenos Aéreos Anómalos or Anomalous Aerial Phenomena Research Department). This department will be directly assisted by a Civilian Advisory Council which, as far as I know, is a unique arrangement in the world. This council is composed of researchers, scientists and intellectuals and it includes Commander Julio Cesar Chamorro Flores (ret) who a few years earlier (while still on duty) directed the Peruvian Air Force’s UFO research office called OIFAA. During that time I also acted as a civilian advisor.

The prevalent attitude I surmise both in the Civilian Advisory Council and at the Peruvian Air Force is one of flexible, open-minded and also objective research and of considering the wide range of aspects which the UFO Phenomenon and the alleged or actual presence of extraterrestrial beings may entail.  There’s also a desire to educate the civilian population on a wide variety of scientific and culturally appropriate subjects through conferences and other outreach events. While we currently don’t operate with a substantial budget,  I think that all parties involved display a sufficiently flexible attitude and an interest to develop a more integrative, sui generis and still objective approach to research.

On Friday, October 18th, 2013 the “Dirección Nacional de Intereses Aero Espaciales” (DINAE) of the Peruvian Air Force (under whose jurisdiction the DIFAA operates) will host the inaugural event at DINAE’s headquarters in Miraflores, Lima, Peru and it will be accompanied by a formal explanation, presentation and two brief conferences with a question and answers period. Due to the limited capacity of the venue, the event is for the most part by invitation only. Archeologist Manuel Aguirre Morales will speak about the Nazca Lines from a more classical scientific perspective and I will speak about the possible presence of extraterrestrials and exopolitics. Distinguished academics, relevant political and military personalities plus the local and international press have been invited.

I believe this is an opportunity to bring exopolitical issues to the fore and to demonstrate that formal institutions can consider anomalous aerial phenomena and some of their possible implications as important, serious subjects worthy of scientific and cultural interest. As is well-known by UFO and exopolitical researchers, many countries in the Latin American region are actively pursuing a similar path to legitimate these issues and overcome the unnecessary stigma attached to reporting about UFOs and the possible or real extraterrestrial presence.

Is Comet ISON accompanied by UFOs?

The latest news reports reveal Comet C/2012 S1 (ISON) is brightening and may yet become the comet of the century. But is ISON a comet? A startling photo has been circulating of comet C/2012 S1 (ISON) that shows it comprises three objects rather than a solitary nucleus as claimed by NASA astronomers. The photo was taken by the Hubble space telescope on April 30, 2013, and it shows two of the objects are highly symmetrical cylinder shapes. In August, a number of bloggers began claiming that comet ISON was accompanied by two UFO motherships, and/or its core was in fact a large biosphere. Not so according to NASA scientists who officially responded in a post that the three objects are merely an overlay of three different time exposures of comet ISON.

Comet ISON was discovered in September 2012 by Russian amateur astronomers. It was first photographed by the Hubble Space Telescope on April 10. After disappearing behind the sun from June to August, it appeared again in late August. According to NASA, the Hubble image shows a conventional comet with a small nucleus and a large coma. NASA estimates the nucleus as between three to four miles across, while its coma is about 3100 miles wide and its tail is 57,000 miles long.

Comet ISON began passing Mars on October 1. It was photographed by NASA’s Mars Reconnaissance Orbiter on September 29. Comet ISON will make its closest approach to the sun on November 28, which is Thanksgiving Day in the USA. On its way back from the sun, Comet ISON makes its closest approach to Earth on December 26, where it will be 40 million miles away. Clearly too far away for doomsday collision theories. NASA has plotted the trajectory of Comet ISON showing how it passes relatively close to Mars, makes a close flyby of the sun, and then orbits back at some distance from Earth. Many astronomers hope it displays spectacular fireworks as it passes close to the sun in late November. Some going as far as claiming it will the “comet of the century.” Normally, comets heat up and some expand spectacularly as the icy core heats up and gasses ignite. Comet ISON has begun brightening as it approaches the inner solar system. Alan Pickup from the Guardian newspaper today wrote: “The comet was near the 10th magnitude a week ago and may brighten to the 8th or even the 7th magnitude by the end of October. As such, it may soon become visible through binoculars as it dives closer to the Sun.”

Amateur astronomers have analyzed the Hubble telescope images and found that one of them shows the core of Comet ISON comprises three objects – two of which are highly symmetrical cylinder shaped. The three objects clearly reveal themselves when the lighting in the photo is turned down. You can test this yourself here  or watch the embedded video below. According to the amateur astronomers, NASA could not have failed to have noticed this. It is claimed that NASA is hiding the true composition of Comet ISON with images it has released that show only a solitary nucleus. Did NASA simply overlook that the comet’s core comprises three objects or is it hiding something?

Hubble astronomers claim, however, the April 30 photo of ISON doesn’t show three objects at all. In an official reply to blogger claims, Hubble astronomers claimed that the photo, “is the result of combining three exposures that produce the three components, and the shapes are produced by the combined motion of the Hubble telescope and the comet.”

What makes the issue even more mysterious is an alleged video of comet ISON that appears to show the nucleus being circled by two UFOs. The video is claimed to be from a Chinese satellite, however, the Chinese Space Agency does not contain the video on its website. Furthermore, the resolution is too clear for such a distant object suggesting the video has been forged. Why would someone go to the trouble to create a fake video of comet ISON comprising two cylindrical UFOs circling a nucleus? Was it to generate confusion over the true composition of comet ISON or to call attention to it being accompanied by UFOs?

Regarding the latter possibility, there are many competing claims. One blogger, Tolec, claims that Comet Ison is, in fact, a large biosphere accompanied by two smaller ships:

It is not a comet. This is a large scale ship operated by Galactic Federation forces. Expect it to arrive in the ‘sol’ (solar) system, in Earth’s ‘space’ & in orbit over this planet… sometime in the near future. Consider this sighting to be another major harbinger of the many changes coming to this planet!

One thing is clear so far, a Hubble image of comet ISON taken in April does appear to show that it comprises three objects making up its nucleus – two of which are highly symmetrical cylinder shaped. Could it be that the image is simply an overlay of three different time exposures as Hubble astronomers suggest? In this scenario favored by NASA, the most we can hope for is that ISON spectacularly expands to become the “comet of the century.” Alternatively, does Comet ISON comprise two UFOs accompanying its nucleus as depicted in the alleged Chinese satellite imagery, or is it a large biosphere accompanied by two escort ships? We will have to wait for the truth to emerge as Comet ISON makes its closest approach to the sun in November 2013.