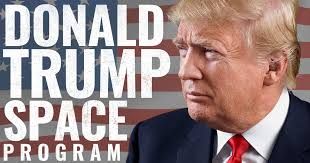 Conspiracy research entails connecting lots of dots that most folks…..especially those articulating the official government narrative……. ignore or purposely distort through disinformation and outright lies.

As Veterans Today and others have pointed out since Trump emerged 4 years ago as a presidential candidate, New York mob lawyer, Roy Cohn, was Donald Trump’s mentor.

Joseph P. Farrell has pointed out that Cohn’s ties go far beyond his obvious links to the Deep State on display during the famous McCarthy hearings and include his knowledge of the Secret Space Program.

As I wrote in a previous article:

For those claiming I am too distrustful, I say perhaps.  But McCarthy and Cohn connected to above top-secret black projects and Nixon having a UFO time capsule:  who knew about any of that?   With Mueller tied to the MIC through Gibson Island and his family’s Uranium business as well as Comey helping him suppress cloaking technology, RussiaGate takes on a different complexion for me than what the official narrative wants us to believe.

The latest research from George Webb shows that Mueller and Bill Barr’s families are linked by a common focus on Uranium production and other VERY Deep State aspects of the Military Industrial Complex that go back to WWII, the OSS, the Manhattan Project, Operation Paper Clip and more.

All this is being ignored with the Epstein scandal; Mueller’s Russiagate hoax testimony; the Squad rumblings and other events designed to distract the public from the true agenda:  more wars using modern weaponry, i.e. the kind being designed by Trump’s Space Force which is first and foremost a new branch of our military:

Reagan had Iran Contra (which Barr and Mueller helped cover up) along with his Star Wars project (SDI).  Trump has his scandals and the Space Force to supposedly take us to the Moon and Mars while really being mostly about the weaponization of space.

The “soft disclosure” events of recent weeks also appear increasingly as a diversion to excite those fascinated by UFOs and appeal to the enthusiasm of the masses to that conversation while covering up the true agenda and activities of our Secret Space Program.

Sex sells as does tall tales of ETs and political corruption.  This is being carefully, brilliantly orchestrated by the VERY Deep State that includes Mueller, Barr and many others as key players in the Big Scam.

A review of the material below will bring willing readers up to date on how current events are used to achieve nefarious goals while keeping everyone pitted against each other thinking, understandably, that they have insight into what’s really going on.

They do, but invariably, we are all like the blind feeling different parts of an elephant and proclaiming they know what’s in their hands.  This immense Leviathan of the VERY Deep State remains cloaked to all but a few, even as the work of diligent researchers such as Joseph P. Farrell, Richard Dolan, Michael Salla, the late Jim Marrs, Linda Moulton Howe, Richard C. Hoagland, Alfred Webre and many other brilliant writers reveals much about this.

Will we achieve Full Disclosure?  Will our civilization be able to survive the coming turmoil and achieve the level of peace and prosperity seemingly available from the new technologies now kept hidden from us?  That is the question of the day and the hope of many who cling to the prospect of it happening soon.

(N. B.:  This writer describes his articles as speculative musings…..educated guesses regarding the truth based on his intuition as he attempts to read the tea leaves of current events and between the lines of official narratives. He is much more gadfly than scholar and encourages readers to keep that in mind as they peruse the above article.) 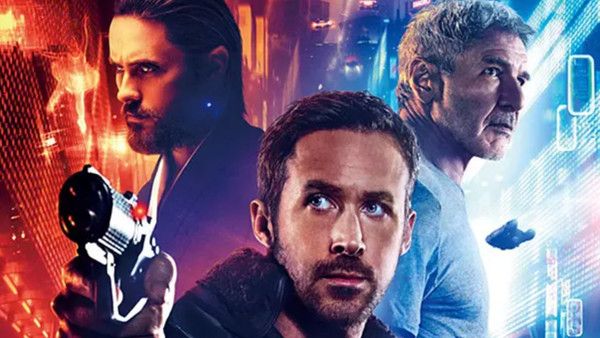 To The Stars With The Stars:  Hollywood’s Love Affair With (Outer) Space

Hollywood’s long love affair with all things Extraterrestrial continues into the present tense with two new films scheduled for release in the near future.  Brad Pitt and Tommy Lee Jones are heading Ad Astra (“To The Stars”) which will be on movie screens in a couple of weeks () while Natalie Portman will take her own “trip” to outer (and inner) space soon with her latest, Lucy In the Sky.

Seeing the promotions of these star powered new releases made me think of how many movies we have seen emerge from film studios intent on appealing to the public’s fascination with the subject.

Many of the leading cinematic productions of all-time have been related to ETs, space exploration and possible conflict with alien beings desiring to communicate and/or destroy Earth and its inhabitants.

The following is a brief survey in no particular order of some top Hollywood flicks with their “Stars” who have been sent To The Stars……on film:

One might include movies like the X-Men series by Marvel as space related as well as cartoons that have futuristic themes and characters from the Flintstones to Toy Story (Buzz Lightyear) and the Lego films.

How about sci-fi films like Ex Machina; Transcendence and The Passengers with Jennifer Lawrence or The Matrix and even Superman?  I think they qualify, too.

Last year’s Best Film Oscar winner revisited the theme of reptilian (alien) creatures first addressed during the Cold War when The Creature from the Black Lagoon raised the same issues which were more dramatically portrayed in The Shape of Water.

The Russians have a few space classics of their own including the 1981, To The Stars By Hard Ways.

I do not own a TV so am missing all the great shows about Ancient Aliens; UFOs; and similar topics on The History Channel; GAIA TV; the new To The Stars Academy portrayal of The Unexplained; National Geographic’s discussion of these issues and everything else I read about or see snippets of on the internet.

The process of inculturating society to accept the ET presence via films, TV and other media has accelerated in recent months.  The New York Times has given the topic the imprimatur of legitimacy with reporting about Navy Pilots seeing Tic-Tac craft and other UFOs.

A former high level intelligence official, Admiral Wilson, had his notes about a crashed spacecraft released and Bob Lazar has reemerged into the public eye with references to Area S4, alien craft and Element 115.

All this “soft disclosure” is occurring in the context of the 50th anniversary of the Apollo Moon landing on July 20th. Libraries are filled with books and lectures on space topics and teens being encouraged to “launch into space” as part of a summer reading program.

It appears a concerted effort is being made while President Trump promotes his Space Force project and his plan to be back on the Moon by 2004.  He also talked about UFOs with George Stephanopoulos and Tucker Carlson on Mainstream News.

I doubt there is anything accidental about this process.  Whatever the case, Hollywood is playing its part by using its biggest stars to promote a To the Stars agenda for us Earthlings. Ad Astra indeed! 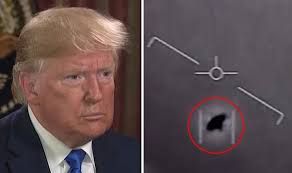 Will “Open-Minded” Trump Be The Disclosure President?

The foundation continues to be laid to validate PRG Director Steve Bassett’s May 2019 prediction that “full disclosure is imminent!”

If that happens now it would make Donald Trump the disclosure president much to the chagrin of those suffering from TDS who dreamed that Hillary Clinton would garner that title.

There’s a strong argument to be made that she would have justifiably earned that label had she won the 2016 election.  Starting with her work with the Rockefeller Initiative back in the late 1990s and right up to the last presidential campaign where both she and her campaign manager, John Podesta, more than hinted of their intention to end The Truth Embargo, Hillary has been a champion of greater transparency when it came to UFOs/UAVs.

Trump’s discussion with Tucker Carlson in Korea a few days ago is fascinating:  he states that solid  grounds for believing UFOs are real even if he doesn’t embrace the idea that they are extraterrestrial.

The key point is that he is talking about the subject……again……following his recent chat with George Stephanopoulos where the subject was raised for the first time with him.

Trump is discussing this in public in the context of the media being inundated with reports on the formerly taboo topic and admits that he is “open-minded” about it all since the pilots and other witnesses are credible.

Is this another baby-step along the soft disclosure road set in motion with the formation of TTSA in October of 2017 and the New York Times article two months later describing the ATTP?  It sure seems like it to me.

Maybe Richard C. Hoagland will have something to say about this on July 20th when he may follow up his recent interview with Clyde Lewis where he suggested some sort of big announcement is on the way.

The 50th Anniversary of the Apollo Moon Landing would seem the perfect time for Trump to say that he had received a new briefing and that ETs and/or their crashed craft are here.  Hoagland has sent the president a special report on the Moon and Mars which might be all he needs.

Combine the rash of discussion about UFOs after decades of official denial with Trump’s Space Force, other revelations like the Wilson/Davis notes about a downed alien vehicle and many reports by military and civilians of UFO sightings and we have a clear indication that Bassett may indeed be right.

I thought he was premature in his prediction and that another Middle East war with Iran was more likely.  Maybe it will turn out that both forecasts prove true.

But if we receive official confirmation of the ET presence on Earth, that would make Trump the Disclosure President, something a man with his lust for fame and notoriety would surely relish in the run-up to the 2020 election…….and as a permanent legacy of his presidency!