Nominee for Chief Scientist Once Saw a 5,000-MPH UFO

Those who thought that potential discussions of UFOs in the White House ended with the defeat of Hillary Clinton and her campaign manager, John ‘We’ll Open the Secret Files’ Podesta, have new hope. The nominee for chief scientist of the Department of Agriculture claims he once had an encounter with a UFO that he believed was traveling at 5,000 miles-per-hour. Will he pursue the release of the files that might identify what he saw?

We’ll leave the discussions about whether former radio host and economics professor Samuel H. ‘Sam’ Clovis Jr. is qualified to be a chief scientist to the political blogs and instead focus on whether the former US Air Force F-16 fighter pilot, former Inspector General of the United States Space Command and alleged UFO witness is qualified to be our inside guy for opening the X-Files.

According to a 2014 report in the Des Moines Register, Clovis was running for one of Iowa’s US Senate seats when he admitted to host Simon Conway at WHO Radio that he once encountered a UFO. From Conway’s account in the Register:

“His radar locked on it, and it was doing things our technology couldn’t do, he explained. The UFO was traveling toward him at 5,000 mph — and we’ve got nothing that does that. It came to a complete stop, he said, then reversed away at 5,000 mph.”

Clovis served in the Air Force for 25 years from 1971 to 1996 and, although he doesn’t give a date, this incident probably occurred earlier in his flying career. There’s no indication that any other pilot or ground crew member saw the UFO nor heard what would have been at least two sonic booms. According to the article, pilot Clovis handed the radar report over to his commanding officers and doesn’t seem to have said anything about it publicly until 2014.

FAIR USE NOTICE: This page contains copyrighted material the use of which has not been specifically authorized by the copyright owner. ExoNews.org distributes this material for the purpose of news reporting, educational research, comment and criticism, constituting Fair Use under 17 U.S.C § 107.  Please contact the editor at ExoNews with any copyright issue. 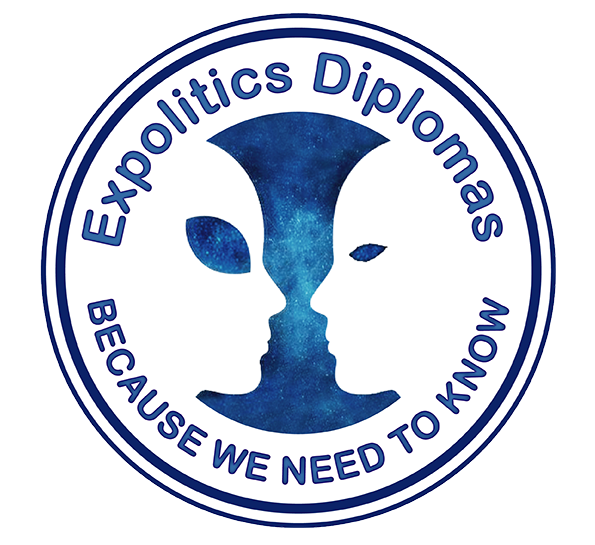 [Aug 28, 2017 – Kaimu, Hawaii] The Exopolitics Institute is pleased to announce that classes begin on September 11, 2017 for a number of educational programs designed for those interested in developing professional qualifications in exopolitics; and/or acquiring analytical tools, research methods and investigative techniques for evidence concerning extraterrestrial life. Our experienced faculty of educators and trainers collectively offer decades of experience in the teaching profession and in researching extraterrestrial life; and offer you the opportunity to apply exopolitics in a number of unique areas.

Classes offered for the Fall 2017 Semester are:

Exopolitics Certificate – Entry level certification provides the core conceptual understanding so you have basic competency in writing about, researching or investigating exopolitical issues.Exopolitics Diploma – Certification designed for those intending to teach or train others in exopolitics.

The Exopolitics Institute is a 501(c)(3) non-profit educational organization based in Kalapana, Hawaii. Website: http://exopoliticsinstitute.org/

Teresa Yanaros from Divine Frequency discusses William Tompkins last request concerning full disclosure, and the disclosure impact of strong women and other figures from the UFOlogy/exopolitics community. Tompkins transitioned on the morning of the full solar eclipse on August 21, 2017.

Note from Teresa about William Tompkins:
He was such a kind hearted man with a hugely important message for the world. It was his mission to bring about disclosure on this planet. In this video, I reflect on experiences and community, and discuss how we WILL continually and relentlessly move toward illumination of the darkness.