Today (June 24, 2017) is the 70th anniversary of Kenneth Arnold’s sighting that initiated the “Modern UFO Era.” 70 years ago the pilot Kenneth Arnold while seeking a fallen airplane over the Cascade Mountains saw 9 boomerang-shaped objects that moved as saucers skipping over water. Thus, the term “flying saucer” was born and widely used until (along with the confirmation of a variety of shapes the “unknowns” had) within the USAF’s Project Blue Book, the term “Unidentified Flying Object” was coined.

But what have we learned thus far? It depends who you are inclined to listen to. In my view, both ufology and contacteeism have many valid items to offer. There is serious evidence that non man-made and non-natural UFOs exist. There have been distorsions and exagerations and a need to believe and to dismiss what seem to be another person’s acknowledgement of evidence but we also have several credible contactees, some producing photographic and even collective evidence. There are credible, normally functional abductees; in a word “experiencers” having various kinds of conscious contact experiences with alleged beings from otherworldly realities. And there are credible whistleblowers and documents that have been almost verified besides several crucial research institutions with good evidence such as MUFON, not to speak of air force and/or government-associated institutions in various countries investigating UAPs/UFOs and clearly finding that a certain percentage is not rationally explainable as misperceptions, hoaxes or delusions. Moreover, the U.S. Government (usually covert) interest has been sufficiently documented by researchers such as Richard Dolan and Michael E. Salla.

Documentaries in cultural channels and some shift in UFO reports and in research modes and data gathering. Besides evidence through well practiced hypnosis and experiencer testimonies we now also have a more sizable survey conducted by F.R.E.E. (www.experiencer.org) in which a few thousands of individuals have anonymously answered hundreds of questions about their alleged contact experiences and the results indicate that most of these are life not evil, but instead life-transforming in a positive way. Thus, it appears that, in spite there being some encounters clearly deemed “negative,” these are of a minority of reported cases and that an opportunity to reconcile “all are good space brothers” and “all are evil abusing” ETs emerges. We need to learn to think in terms that”SOME” ETs may be negative and we would probably stop separating ourselves into – for instance – camps that support or agree with Dr. Steven Greer and camps that support or agree with Dr. David Jacobs since the may be a middle ground on this issue.

As of today, a greater % of the world population may be more receptive to the idea of finding life in exoplanets and the Catholic Church seems theologically open to the possibility either of this or that we are already being “visited.” There are emerging scientific models partially able to include information and/or consciousness and some integrative meta theories may assist us to integrate physics, the “paranormal,” consciousness and psychology providing an explanatory basis that could be useful if big “D” Disclosure or a series of small “d” disclosures occur.

But we must learn to unite as researchers, as persons interested in knowing the truth about what is going on and – overall – as a species even in the era of fake news and self legitimizing online cultural “tribes” and narratives. The need to learn neither to be extremely gullible nor close minded remains crucial. And if we do not acquire new cultural norms learning to live together respecting all life forms with a deep sense of interconnectedness we may devastate our beautiful life-teeming jewel planet.

There have already been attempts to verify unique humanoid remnants such as the Be Witness humanoid researched by three accredited forensic doctors (under the promotion of Mr. Jaime Maussan) and the Atacama humanoid researched (under the promotion of Dr. Steven Greer) by bone structure and genetic analysis experts and the results have been ambiguous, conclusive in favor of anomaly to some and conclusive in favor of normalcy to others.  But few critics in favor or against seem to have carefully consider all the variables involved. And, along with new developments in ufology & exopolitics such as the so-called “Secret Space Program” we tend to conclusively opine (often in character-destructive ways) either in favor or against without being able to temporarily suspend that blasting judgement and without sufficient attention to pro and con details. I seriously take the view that this is a shortcoming which we must definitely grow out of this in order to be more ready for an unequivocal worldwide revelation that we are being “visited.”

I also pray that in relation to the unique mummies of Peru, careful, appropriate scientific research to disclose the objective truth is furthered and allowed to continue, even beyond Gaia’s and Mr. Maussan’s and Dr. Korotkov’s, et al reports, including duplicating research procedures and verifying or dismissing results and may also the mutual cynicism among researchers and within the UFO, experiencer, exopolitics communities and among these communities and academic communities subside! We have to wait for the best possible research findings before emitting conclusive judgement! Let’s be supportive of the research Gaia and colleagues are conducting now! The implications for humanity are highly important. Hopefully, this research will continue and the objective truth will be firmly established.

Also, may the Peruvian Gov allow further research involving first of all Peruvian scientists that honestly bring the unbiased truth out to the world. May they work in tandem with the scientists already conducting this research in spite of the possibility that archaeological sites and remnants have been utilized without official permission. I believe that this is a test to understand how mature we all are, at least all of us who care about the the origins and causes of humankind, its role in the grand scheme of things, how far can our human potential become a more life-enhancing expression, whether we share genetic material with extraterrestrial civilizations, how may the divine and sacred remain with us as a guiding force amidst cultural premises-shattering discoveries and other such issues.

It has also been 70 years of human courage, to a great extent a courage inspired by good ethical values. We must also recognize the ethics courage of all sincere UFO and contact/experiencer witnesses and also researchers (including accredited scientists) that dedicated themselves to bring the truth to the public sometimes with great risk to their personal careers and social lives.

Is this situation an Exopolitical Readiness Test? A test of our degree of unity awareness? Are we ready to be sufficiently unified as a species to digest disclosure and/or publicly acknowledged contact?

We tend to accuse each other of hidden purposes, fraud, or of being motivated by financial interests and we do this if our brothers care about or consider real something that seems to contradict or compete with what we do or care about most. Too many unnecessary, divisive negative attitudes. However, in this case we simply need to promote adequate scientific research and learn to respect each other more! If the mummies are of unknown humanoids will religions crumble? Some ? Perhaps the more conservative, orthodox, fundamentalist?

After all, will most people care little about this? Will government and military and some academic personnel begin speaking out loud about what they know in terms of extraterrestrials and UFOs? Will there be a gradual re-thinking of cultural convictions and our place in the universe? Or will people in general simply go on with their excessive divisions adapt and go on with their “business as usual?” Whether any of the mummies are (surprisingly) humanoid from a developmental line not directly related with homo sapiens or not, I consider this process as a test for all of us, including the segments of humanity which are more aware. Can we come together rather than dismiss each other’s efforts in a cynical manner?

So after 70 years of exploration in the “Modern UFO Era” (or “Modern Era of UFOs”) we now have the possibility of a major discovery. But again, how we go about it. How we manage to remain reasonable without attacking each other may be the genuine test we need to pass before further disclosure takes place or, perhaps, is allowed. We need to unite in purpose and also learn to respect and listen to each other much more.

If it turns out that the “humanoid mummies of Perú” were hoaxes, we will not only grow more cynical about events that reminds us of “physical proof of contact of extraterrestrial life;” we will also know a bit more clearly how we react when such a possibility arises. Thus, what is important is not just assessing what we actually know after 70 years since Kenneth Arnold’s sighting; it is the state of our social integration and associated ethical integrity.

May the sacrifices and efforts of experiencers witnessing the scope of their truth, of genuine patriotic whistleblowers and of serious researchers attempting to bring to light some understanding of various UFO, experiencer, exopolitical aspects continue flourishing and coherently integrating for the good of humanity, healthy emerging exopolitical relationships and life on Earth!
Giorgio Piacenza​ 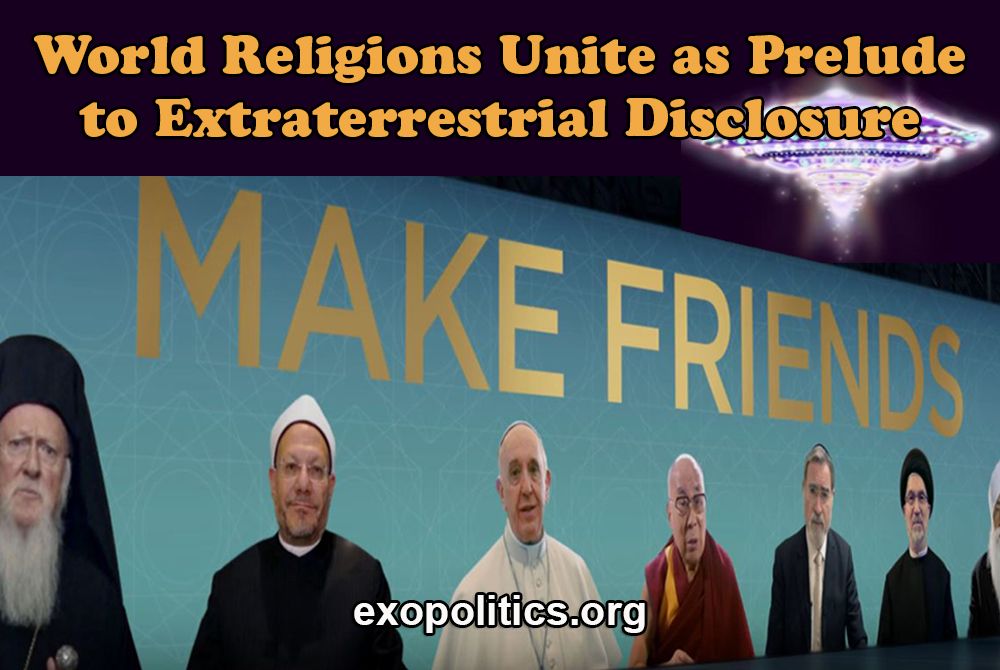 Above is the audio version of an article published on Exopolitics.org on June 22, 2017. Narrated by Dr. Michael Salla.
Source Article