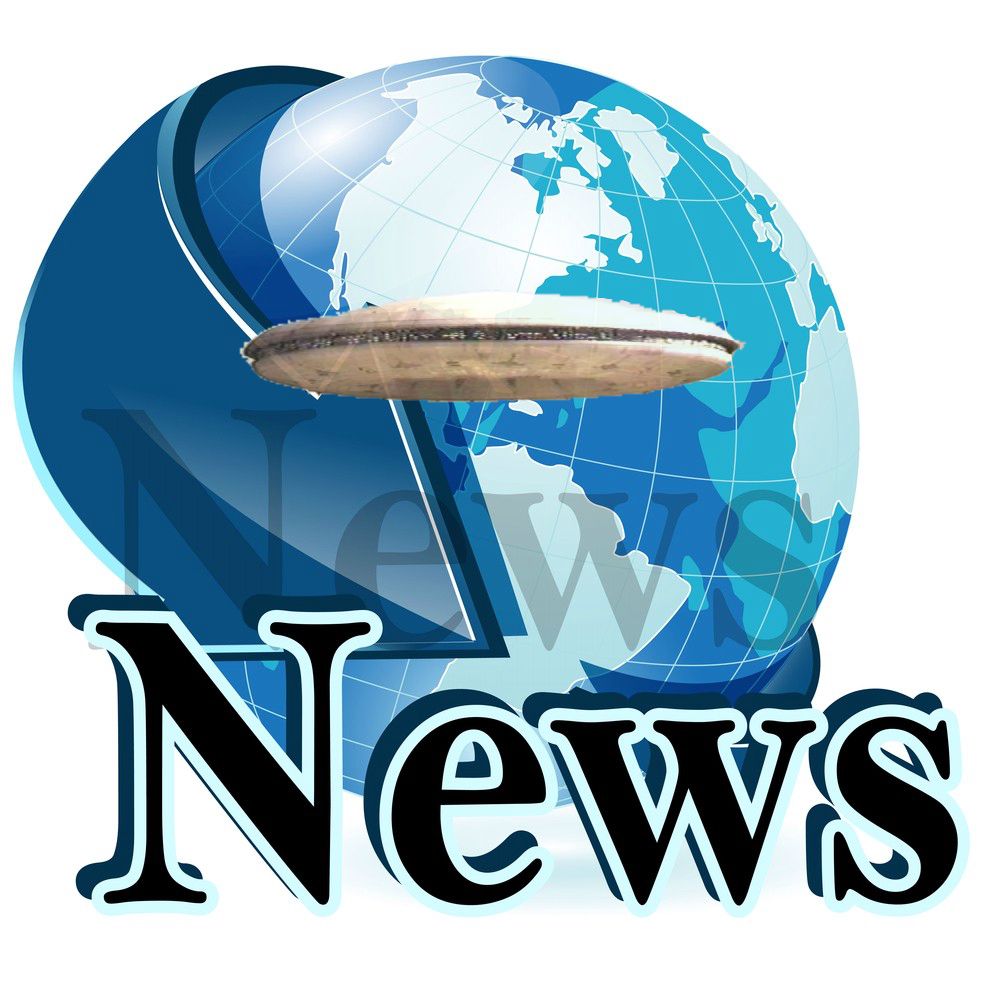 Since the dawn of the Atomic Age, hundreds of UFOs have been sighted over, or near, nuclear power plants, nuclear research laboratories, nuclear weapons launch control centers and nuclear warhead storage facilities. According to Dr. Donald Johnson of the Nuclear Connection Project:

A good percentage of these reports occurred at highly restricted government research and production facilities such as Los Alamos (NM), Oak Ridge (TN), Hanford (WA), and Savannah River (SC). Highly trained government scientists and personnel who had been granted top-secret military clearance made many of these reports.

As indicated by Francis Ridge, Coordinator of the Nuclear Connection Project:

The first major UFO sighting wave occurred in the summer of 1947 with over 800 sightings of ‘daylight discs’ or ‘flying saucers’. The sightings peaked and ceased within days of a reported crash of an object at Roswell, New Mexico.

At the time, New Mexico was the center of the world’s cutting edge rocket science research, nuclear weapons development, and newly operating radar systems. Some well known scientists such as physicist Stanton Friedman, believe it was these new technological projects that attracted the many UFO visits to New Mexico. Clearly someone other than the U.S. government was interested in these science/engineering breakthroughs. To retrieve a report of dozens of these UFO incidents, Google: UFO Intelligence Summary for the Nuclear Connection Project.

Among some of the most interesting UFO incursions have been those at U.S. nuclear weapons facilities. One of the world’s foremost UFO/nuclear weapons researchers is writer Robert Hastings, author of  UFOs and Nukes: Extraordinary Encounters at Nuclear Weapons Sites. Hastings has secured testimony of over 150 retired U.S. military officers and enlisted personnel who have observed UFOs, some of which have interrupted operations of nuclear weapons sites in the U.S. and overseas. In some cases, underground based nuclear missiles malfunctioned while disc-shaped objects silently hovered over their launch control centers. Similar incidents have occurred at numerous nuclear weapons storage areas and B-52 bomber alert pads. To retrieve declassified documents concerning these incidents, click here or here.

One of the most prominent U.S. UFO incidents occurred at Whiteman Air Force Base, Knob Noster, Missouri, where in 1984 the Air Force deployed 150 Minuteman nuclear missiles on high alert status which were presumably aimed at dozens of strategic areas in the Soviet Union. In support of those actively deployed warheads, were additional “spare” warheads which were stored in above ground containers known as “igloos”.

One late night at Whiteman, Airman 1st class Dale Hogan and his fellow airman, known only as George, were driving near the “igloos” when the motor of their jeep malfunctioned so that they had to park near igloo 4018. Upon doing so, Hogan saw a black disc approximately 50 feet in diameter hovering some 50 to 100 feet over the igloo. When Hogan, approached the igloo, he saw a pencil-thin, bluish-red light coming straight from the overhead disc doing a grid pattern examination of the igloo starting at one corner of the object and going back and forth about every three inches. At one point Hogan put his hand into the beam of light which changed to the color purple and burned his fingers. Hogan said: “…my hand was like numb! Like pins and needles…”

As the disc continued to survey the igloos, George called the Base Security Officer for orders. Shortly
thereafter, a security team was dispatched to the area, and the Lt. Colonel in charge ordered Hogan and George to move behind the igloo. Then a very large video camera was set up with a large spot light being beamed on the black disc. And, at that point, several Marine Harrier jet planes were dispatched to the area as the UFO began to move away from the igloos. As the jets approached the disc, the UFO easily outmaneuvered their pursuit and sped faraway from the area. As their chase was to no avail, the Harriers returned to Whiteman and landed. Then the UFO returned to the igloos and continued emitting the red-blue beam of light at the top of their surfaces. This grid search ended at about 4:30 a.m. and the disc ‘lit up’ and shot straight up in the sky never to be seen again.

Following this strange episode, Airmen Hogan and George were “debriefed”. by four men in gray suits and by several Whiteman officers. As part of the debriefing, Hogan and George were required to sign a non-disclosure agreement stating that they would never discuss the Whiteman UFO incident with anyone, and were told told that a violation of the agreement would result in immediate discharge from the Air Force, along with several other serious penalties.

In a very detailed interview with journalist and TV anchor, Linda Moulton Howe, Hogan repeated the following threats that were made by Whteman officers at the end of his debriefing:

First Russia threatens to reveal the ET Presence and now they threaten to reveal the Secret Space Program, questioning the US public space story.  What’s next?

All along I’ve surmised that far from threatening, Russia is probably cooperating with the US in the gradual release of information about the ET Presence and the Secret Space program and its technology. It’s how intelligence works…it’s a gradual thing.

Back and forth like the egg toss game until the shell of secrecy drops and breaks.

But until the egg toss ends, our space program has secret information, that when leaked, feels convoluted. For example, NASA’s claim they inadvertently destroyed the film of the Apollo 11 moon walk. Who does that?  Ask any mom, we grab our family, pets, and photos in a fire.  They are precious.

But, there is a method in being convoluted–make the citizens crazy and they will drop out of the game. Then governments have the upper hand in the distribution and control of information.

Researchers like Levenda, Farrell and others noted the secret cooperation between USSR and US employed Nazi German scientists during the early years of the space program. There is evidence these scientists may have had a covert exchange of information across US and USSR. Accusations of sabotaging one another’s space programs were leveled. But was that so?

Maybe the Nazi German scientists needed to covertly exchange information across borders to get the space science right.

Then the Nazi German scientists’ programs yielded results. Russia goes into space first and we follow.   The orderly procession, first the Russians, then the US seemed scripted to my amateur eyes. Perhaps on a level, there was always a joint US-USSR program.

Today US and Russia still cooperate on many space missions, so why not cooperate on the release of secret information, much of it held over 70 years?

We are Exoconscious.  We know there is an ET Presence, it is within our extraterrestrial consciousness. We don’t need the US and Russian stamp of approval via their public disclosure announcements. We have our personal confirmation of the ET presence. That’s more than enough. Political sideshow language and veiled threats leave us shaking our heads, ignoring the antics.

Consciousness, including extraterrestrial consciousness, is beyond the brain. Secrets are beyond borders. Consciousness holds ET and energy information we all can access, when we are ready.  We don’t need a bully or a press release permission slip to access it.

And as for energy technology and space travel…as Exoconscious humans, we have been using these psychic technologies all our lives. We experience consciousness craft. This craft belongs to the innate, precious abilities of our human consciousness. It cannot be inadvertently lost.

We are the ET the Russians are threatening to reveal.  We are the energy technology both sides keep secret. We are the matryoshka doll, eggs within eggs.

Corey Goode today released a report about an inspection tour he claims was held on Mars on June 20 that he attended along with others from a Secret Space Program Alliance. He describes how he was first picked up from his home by a blue/indigo sphere that belongs to a group of advanced extraterrestrial visitors called the “Sphere Being Alliance”, which have appointed him to be their delegate at all meetings involving Earth’s secret space programs. The sphere took Goode to a secret base on the moon called Lunar Operations Command where he met with a Lt Colonel Gonzales, the delegate representing a Secret Space Program Alliance wanting to fully disclose to the world the truth about extraterrestrial life and advanced technologies.

Goode describes how he and Gonzales were each assigned a security team of two Intuitive Empath (IE) assistants (a position Goode previously held for 20 years when he served in the Solar Warden Space program from 1987 to 2007). Goode and Gonzales were accompanied on the trip to Mars by a representative of the Interplanetary Corporate Conglomerate (ICC). The ICC evolved out of a consortium of companies such as Lockheed Martin, Northrup Grumman, Boeing Corporations etc., that create the advanced technologies used by the five secret space programs that emerged in the post-World War 2 era.

Goode says that the trip took 30 minutes which is longer than the few minutes it normally takes to travel to Mars since it is currently on the opposite side of the sun. The total current distance is approximately 250 million miles apart (~420 million km) which means that Goode’s transport shuttle averaged a staggering ¾ the speed of light. Conventional rocket propelled craft would take up to 260 days to make the same journey.

What immediately caught my attention was what Goode said about the roof of the shuttle craft as it left the LOC:

As we lifted off and flew through the bay doors that opened we could see the surface of the moon grow distant quickly and then the earth through the transparent panels in the walls of the vessel. We then went to speed and the panels changed to an opaque color.

This is very similar to what Randy Cramer (aka Captain Kaye) described seeing when he was first taken to Mars by a shuttle from Lunar Operations Command back in 1987:

Interestingly enough, the feeling inside the vehicle when he pulled out of the hangar bay and positioned himself at whatever distance he was from the earth, whatever perfect distance they wanted so that when the visual array came on, and the ceilings became a projection of what the vehicle was seeing in front of it. …  You really had a sense that we were all hovering in space in these chairs, staring out at Earth, getting our big look for the last time, and it was awe-inspiring. It absolutely stands out as one of the most amazing moments in my entire life.

Goode describes the terms that had been agreed to between the representatives of the ICC and the Secret Space Program Alliance Council for what would happen once they reached Mars:

Gonzales again told the ICC Representative that we appreciated them agreeing to the terms of allowing us to bring the armed security, choosing the site of the conference once in orbit, the tours and allowing us to bring one family of our choosing back with us to question and to either provide sanctuary to or allow to return to their home colony depending on the families wishes. I sat and listened since I had not been a part of the negotiations and hoped to overhear something new from the process.

Upon arrival at Mars, Gonzales was given by the ICC representative a list of ICC facilities on Mars in the northern hemisphere that would be suitable for the base inspection. Gonzales instead requested a location in the southern hemisphere which greatly concerned the ICC representative who at first denied its existence. Gonzales insisted that the base existed according to fresh intelligence. The ICC then contacted his superiors and said it would take an hour to prepare the base for the inspection….