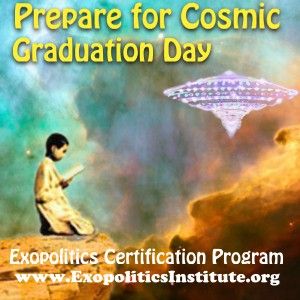 Summer Courses for Exopolitics Certification Start on May 26, 2014

[May 10, 2014 – Kalapana, Hawaii] The Exopolitics Institute is pleased to announce that classes begin on May 26, 2014 for a number of educational programs designed for those interested in developing professional qualifications in exopolitics; and/or acquiring analytical tools, research methods and investigative techniques for evidence concerning extraterrestrial life. Our experienced faculty of educators and trainers collectively offer decades of experience in the teaching profession and in researching extraterrestrial life; and offer you the opportunity to apply exopolitics in a number of unique areas.

Classes offered for the Spring 2014 Semester are:

For more student comments on past courses click here Whether you plan to be or are a journalist, a diplomat, educator, artist, scientist, historian, researcher, lawyer, policy maker, or health, government, religious, or business professional, you will find a suitable way of incorporating evidence concerning extraterrestrial life into your chosen profession. The certification program offers a three-tiered system of courses and seminars that each culminate in an Exopolitics certificate or diploma. 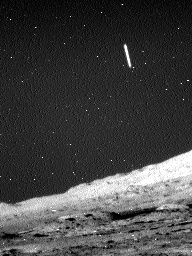 The latest images released by Mars Curiosity Rover show what appears to be a very large cylindrical shaped UFO traveling in the Martian night sky. The UFO appears in a sequence of five images over a ten minute period with the time stamp of April 28, 2014. The images ewere uploaded on April 30 by NASA, and immediately aroused the attention of UFO researchers monitoring the Curiosity Rover camera feeds which are regularly released on a website owned by NASA’s Jet Propulsion Laboratory, located at the California Institute of Technology.

Scott Waring from UFO Sightings Daily today wrote that the images are not a result of time lapse photography and appear to show a huge self-propelled craft traveling in a uniform direction. While he considers the possibility that the images are a result of a small moon or asteroid, the shape suggests otherwise. One cause for concern is that NASA only released thumbnail sized versions of the images rather than the full resolution versions which is customary. This may be because NASA is trying to minimize the significance of the UFO images which may be clear evidence of an intelligently controlled space craft flying over Mars.

The first researcher to identify the cylindrical UFO was Waring who in his May 1 blog post dismissed the idea that the object was due to time lapse:

The shape of the UFO is just as we see it, long cigar shaped. At first a person will assume the exposure (shutter) was open allowing the photo to record for a few seconds, but no. The shutter speed is normal. This object was moving slow, which is proven by the time stamps on the photos on the NASA site. That means since it was moving slowly, the shape we see before us is the correct shape of the object.

One possible explanation is that the object is of one of Mars’ two moons, Phobos or Deimos. They are respectively 22 and 13 kilometers in diameter, and have respective orbits of 9,400 and 23,460 kilometers above Mars. They are thought to be captured asteroids and are irregular in shape. This is significant since as Waring points out, the objects in the Curiosity Rover image is not irregular:

Then again, could this be a moon or micro moon orbiting Mars? Yes, it could be possible, however a moon of this shape would have a high probability of flipping end over end. This object has slow, balanced movement like a ship in water…having the appearance of an object that is self propelled.

The object could also be one of the known terrestrial spacecraft orbiting Mars. Currently both NASA and the European Space Agency have orbiters flying around Mars. The European Space Agency placed the Mars Express in orbit in early 2004, and NASA currently has two orbiters, the Mars Reconnaissance Orbiter (2006) and the Mars Science Laboratory (2011). Yet none of the Mars orbiters are cylindrical in shape or very large. If time lapse photography was not used in generating the NASA JPL images showing cylindrical UFO, then that would rule out any of the Mars orbiters.

What is of great concern is that NASA’s JPL only released thumbnail sized versions of the UFO images. Normally, JPL provides full sized versions, along with thumbnail versions. In the case of the sequence of five images showing the cylindrical UFO, along with a companion image that shows the night sky just after the UFO disappears over the horizon, these are only 192×256 pixels in size. The first of this sequence of six images has the time stamp of 2014-04-28 04:48:22 UTC. The image appearing just before the sequence of six has a timestamp of 2014-04-28 04:47:55 UTC and was released in the full version of 1024×1024 pixels. That means that the Curiosity Rover image taken just 27 seconds before the sequence of UFO pictures, was released in full size, rather than thumbnail size. The full scale image versions have yet to be released and are being studied by NASA. Why? This only fuels speculation that the sequence of five Curiosity Rover images did capture an intelligently guided cylindrical shaped UFO of tremendous size flying over Mars.