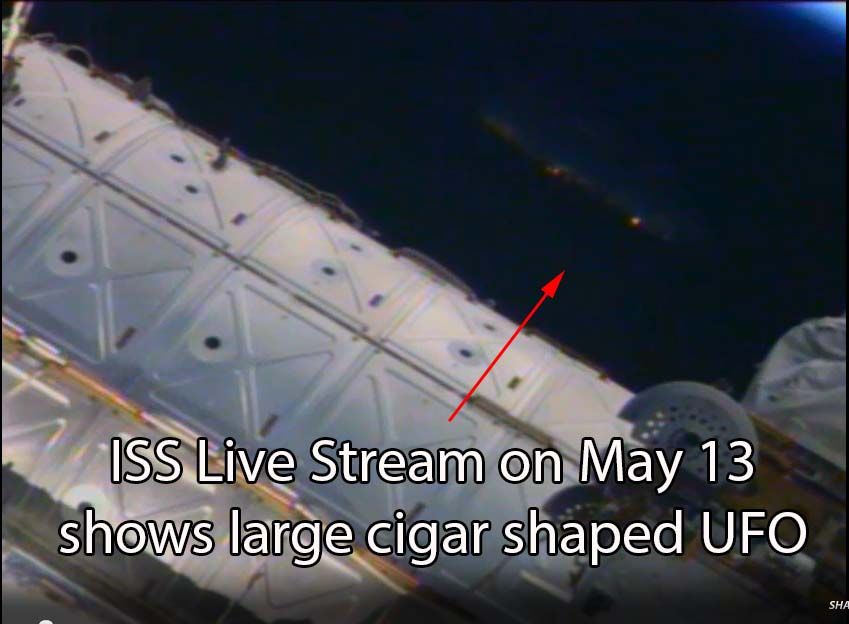 Is a giant cigar UFO hovering near the International Space Station?

Video footage captured from the live camera stream of the International Space Station (ISS) shows what appears to be a giant cigar shaped UFO hovering nearby. The live footage was captured on May 13, 2014 and has been archived on the ISS video channel on Ustream. The UFO appears to have up to half a dozen orange lights flashing on and off in a random manner, and is stationary relative to the ISS though at some distance away. It appears for approximately seven minutes before fading away. The footage was taken by one of the ISS external cameras that are normally directed earthwards. The stationary nature of the UFO and the way it slowly disappears has led some to conclude it is little more than a lensflare. Not so according to Blake Cousins who was the first to upload a recording of the ISS live video feed on his popular YouTube channel, Thirdphaseofmoon. He along with a co-host believe the footage may be evidence of an alien mothership tracking the ISS.

The footage of the UFO has been given a preliminary examination by Cousins who enhanced the lighting and contrast to determine what kind of an object it is. His analysis suggests that it is a solid object and not a lensflare. If it is a genuine alien vehicle as Cousins contends, then it appears to be deliberatedly tracking the ISS. For what purpose?

This is not the first time that the ISS live camera feed has captured what appears to be a large UFO in the vicinity. Back on January 29, NASA live streaming showed what appeared to be a sleek elliptical UFO docked with the hull of the International Space Station. The object was between the Russian research module and the Soyuz escape capsule. Its size was approximately 10 meters. Some claimed that the UFO was related to an ISS ceremony featuring the Olympic flag. Yet the ISS ceremony was held in November 2013, and the flag was only about a meter in size, far smaller than the estimated 10 meter UFO.

Another incident on March 3 again recorded from the ISS live stream, showed a UFO again very close to the ISS. The UFO appeared different to the earlier January 29 incident. NASA’s response to public requests to explain the docked UFO incident and the March 3 incident involving the ISS was startling. NASA decided it would end ISS live streaming at the end of March. Only a public outcry thwarted the attempt to end ISS live streaming. On March 27, United Space Alliance, the NASA contractor that runs the ISS live stream, announced that the live streaming would continue. Perhaps alien spacecraft are visiting the ISS and NASA is trying to stop the public learning the truth. Alternatively, the ISS incidents may have more conventional explanations with the latest being little more than a lensflare. More detailed analysis of the latest ISS video footage will help us get a definitive answer one way or the other. 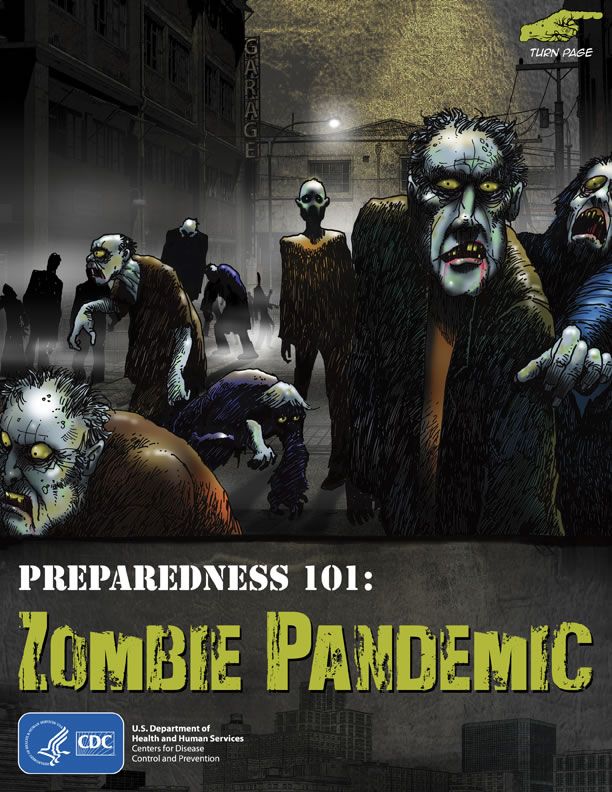 Cloned zombies used for training of covert operatives according to whistleblower

A whistleblower using the pseudonym, Captain Kaye, claims that as part of his training to become a member of an elite Marine Corps unit that he and other “super soldiers” fought against cloned humans infected with a “zombie virus”. He claims that the zombie virus introduces genetic mutations into human physiology that makes individuals incredibly aggressive. He says that the Zombie Virus Protocol is a covert plan designed to release the virus into the public and wipe out between 50-85% of the human population within a five year period. As fantastic as Captain Kaye’s testimony appears, there is a “Zombie Preparedness” program that is being run, allegedly tongue in cheek, by the Centers for Disease Control and Prevention http://www.cdc.gov/phpr/zombies.htm

Captain Kaye also describes an Extraterrestrial Biological Entity (EBE) Manual that he was exposed to during both his super soldier training as a youth, and during his covert military service on a classified spacecraft carrier. The Manual had both medical and political information on up to 54 different types of alien races. Each of the races was given a color to designate how they would behave with humans ranging from friendly interactions to outright hostility. He identified up to ten different friendly extraterrestrial races wanting to assist in humanity’s evolution. Captain Kaye’s testimony is consistent with whistleblowers such as a retired 22 year Army veteran, Clifford Stone, who claims he saw a First Aid Manual for up to 57 extraterrestrial civilizations interacting with humanity.

Captain Kaye is currently seeking documents to corroborate his recollections of 20 years of military service that involved his memories initially being removed, and his earlier 12 years of training as a child supersoldier with the USMC Special Section. He offers his direct testimony as evidence of a break away human civilization that covertly recruits and trains personnel for military services in a variety of off-planet locations.

The fifth instalment in an exclusive series of interviews with Captain Kaye is now available on ExoNews TV. To watch the latest ExoNews TV episode featuring Captin Kaye, watch embedded video above or click here. To listen to the full audio of his latest testimony, click here. 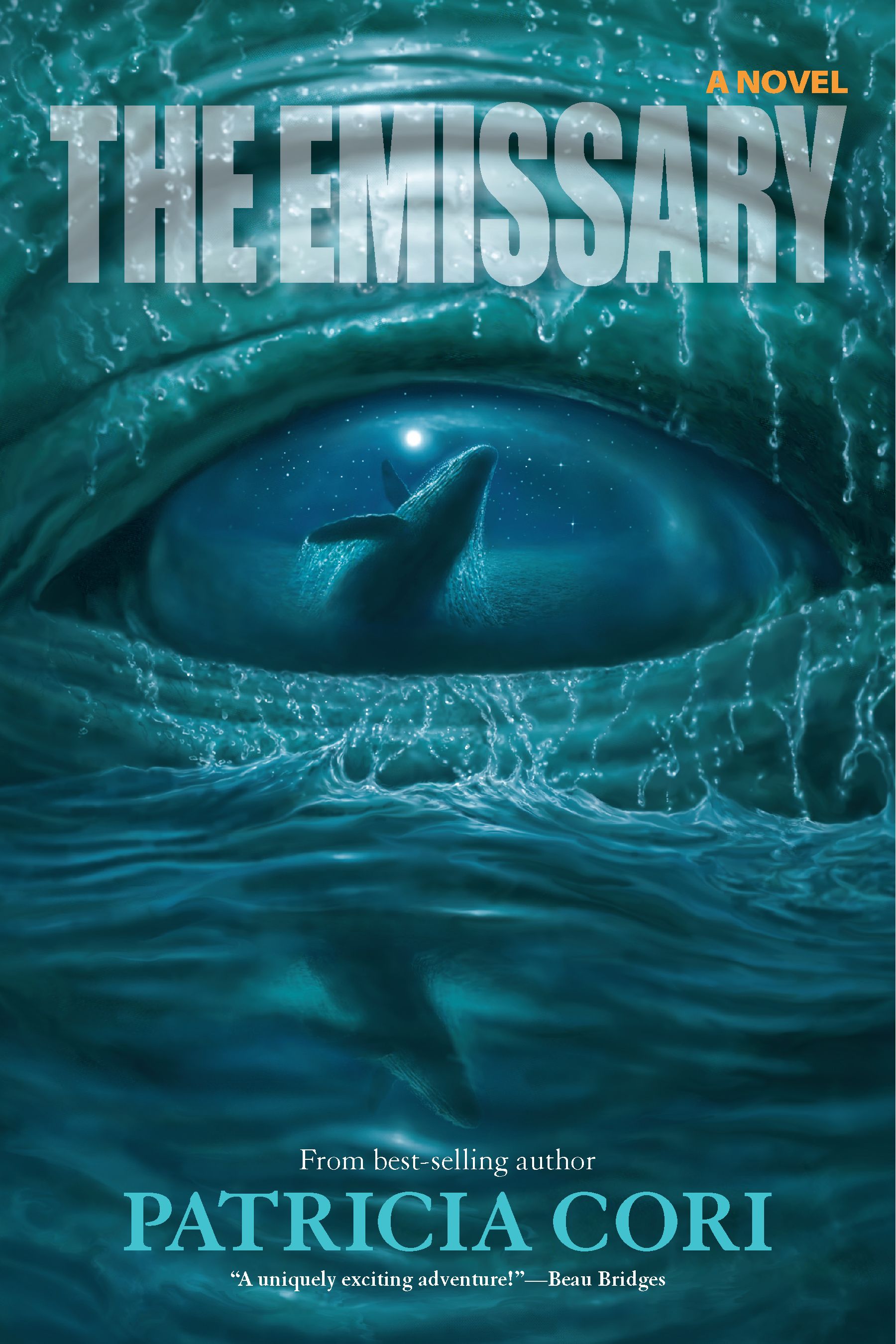 The Emissary: A Book Review

The screenplay format of Patricia Cori’s The Emissary, quickly optioned by Global Entertainment Holdings, is already in development to become a major motion picture. It is a fact-based fictional account of the mass extinction event taking place on planet Earth. In Dan Brown’s eerie Da Vinci Code style, author Patricia Cori takes the reader into a world of unexplained reality and concepts perhaps too real for us to imagine in our busy lives.

In this newly released, spell-binding book, lead character Jamie Hastings is sought out due to her unique psychic and remote viewing skills and brought into a military black ops program, masked as oil exploration on the pretense of preserving whale sanctuaries. When it’s discovered that the real assignment is to search out an advanced civilization beneath the oceans, the mysterious nuances and synchronicities tied to events playing out on the world stage awaken the reader to a disturbing thought. Within our subconscious lingers the notion that we are not alone in this universe and that this fact has been hidden for a very long time.

Author Patricia Cori gives her readers a lot to ponder as she draws them into a new world of possibilities. In fact, can whales communicate, as they do with psychic Jamie Hastings in The Emissary? Our science argues that they do indeed communicate and are of a very high intelligence. On the wake of the most recent Taiji dolphin slaughters, legislation is arguing that dolphins be given the status of “Non-Human Personhood,” and activists like Ric O’Barry are pleading for humanity to get outraged. O’Barry’s award winning documentary, The Cove, produced in 2009 and listed in the Guinness Book of World Records for the most film awards ever recorded, is a daring look into the brutal inhuman treatment of unbelievable cruelty that occurs as dolphin families are separated from their young, causing mothers to abort and forcing the pod to watch as each one is either bludgeoned to death or led to a life in captivity.

Weaving an intriguing tale, Patricia Cori’s The Emissary reveals through her character, Jamie Hastings, how to persevere on a journey to seek truth using inner guidance and trust. Cori’s message of galactic hope and transparency are spelled out in her profound earlier trilogy, The Sirian Revelations, which for the discerning readers explores humanity’s continuing struggle to evolve into a new heart-centered frequency.

But The Emissary is relentless in driving home another main point: the reckless destruction by mankind of Earth’s oceans and all its inhabitants. Mirrored in truth, the story parallels a real life U.S. Navy sonar-testing program, as reported by the New York Times, that includes the annihilation of as estimated 13 million cetaceans – including whales and dolphins.

“These virtually unregulated Navy Warfare Testing Programs already approved are now taking a toll on all aquatic life. The sonar exercises at issue would take place off the Atlantic and Pacific coasts, Hawaii, Alaska and in the Gulf of Mexico – affecting literally every coastal state. In many regions, the Navy plans to increase the number of training exercises or expand the areas in which they may occur,” stated Rosalind Peterson, California President and Co-Founder of the Agriculture Defense Coalition, a citizen watch organization that monitors geoengineering and warfare activities.

There again comes a glimpse of reality vs. fiction with memories of other actual news stories by the Huffington Post, The New York Times and CNN, citing countless mysterious reports of beached whales, entire dolphin pods, dead birds, fish and other marine life in unexplained genocide.

The “Great Noise” described through communication with the whales in The Emissary, is related to sonar testing and to HAARP technology, an actual military program long suspected of being tied to geoengineering. Cori reminds us, through this marvelous fictional story, that our own discernment will lead us to the truth, that the only way to overcome adversity is to face it with courage and conviction and that the light prevails … but not without brave warriors like the novel’s heroine, Jamie Hastings, whose uncanny resemblance to the author does not go unnoticed.

Appealing to society to protest the destruction of our oceans, violence against whales and dolphins and a plea for humanity to wake up has been a tireless and lifelong personal crusade for Patricia Cori. In a previous book, entitled Before We Leave You: Messages from the Great Whales and the Dolphin Beings, she explores Earth’s energetic connection to whales and dolphins, whose sounds provide a vibration field for our Earth and chords of communication waves that raise the entire planet into higher realms of consciousness. Perhaps, as many report, battles in the oceans are more than marine testing programs and military bases like AUTEC (Atlantic Undersea Test and Evaluation Center) can lead to a bigger story.

USO’s (underwater submerged objects) have been sighted and recorded in our recent history by military eye witnesses and even by Christopher Columbus in his crossing to the New World as shown in the History Channel Documentary. Traces of an advanced society by Admiral Byrd’s expeditions in Antarctica, along with strange military operations and ancient texts of the Lemurian and Atlanataen cultures, support the existence of a greater interdimensional force on this planet.
As absurd as that might sound, the historical trail of continuous covert corruption by human hands concludes that, as stewards of Earth, we must stay diligent in our pursuit of justice and honor of all life – and sometimes that challenges us to use a knowing eye and a brave heart.

Cori’s real life fight to save our oceans began several years ago with a personal experience with whales and dolphins that shook her to the core: a life changing event that resulted in the formation of the non-profit Save Earth’s Oceans, where all can join together on the quest to save the whales and dolphins and our planet. Save Earths’ Oceans held an extraordinary event in London on April 25th, Singing the Oceans Alive, to raise awareness of the plight of marine life featuring the Royal Philharmonic Orchestra and FLASHMOB kids who sang Under the Sea.

What IS under the sea that covers 2/3rds of this planet? Maybe we should listen to the whales and dolphins that have lived there for millions of years. Patricia Cori is.